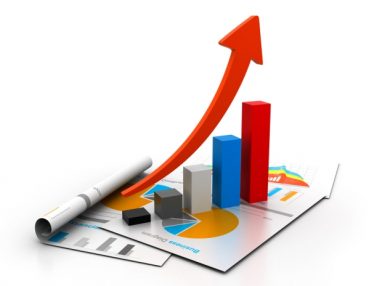 Mumbai, Dec 11 (PTI) Benchmark indices pared all early losses to end with robust gains Tuesday as investors shrugged off Urjit Patel’s shock exit from the RBI amid better-than-expected seat tally of the BJP in state elections.
The 30-share Sensex climbed 190.29 points, or 0.54 per cent, to end at 35,150.01, after falling over 500 points intra-day. Similarly, the broader NSE Nifty rose 60.70 points, or 0.58 per cent, to 10,549.15.
The Sensex had plunged 714 points Monday in its worst session in two months on pre-poll jitters.
The opposition Congress was leading in the BJP-ruled states of Rajasthan, Chhattisgarh and Madhya Pradesh while the TRS forged ahead in Telangana and the MNF in Mizoram, trends indicated on Tuesday.
The BJP, battling incumbency in the three Hindi heartland states, did not fare as poorly as anticipated, analysts said. The markets had already priced in the exit poll results, which were on similar lines, they added. The benchmark indices opened lower Tuesday while the rupee plunged following Urjit Patel’s unexpected resignation as RBI governor after market hours Monday.
However, buying gathered momentum in afternoon trade as investors accumulated beaten down counters.Barring oil and gas, all BSE sectoral indices finished in the green.
Yes Bank was the top gainer in the Sensex pack, spurting 7.29 per cent ahead of its board meet Thursday to discuss MD and CEO Rana Kapoor’s successor.
Other winners included Sun Pharma, Asian Paints, SBI, Axis Bank, ITC, M&M, Kotak Bank, Coal India, TCS and ONGC, rising up to 5.75 per cent. Top losers were Hero MotoCorp, Bharti Airtel, HDFC Bank, L&T and HUL, falling up to 1.58 per cent.
“With regards the election results, the data is clear. Prices track earnings and fundamentals, and the impact of the political regime is related to the impact policies enforce on fundamentals and earnings,” said Sunil Sharma, Chief Investment Officer, Sanctum Wealth Management.
“One of the most critical decisions investors must make over their investing journey is to stay the course in the wake of seemingly negative and worrisome news. Today’s reaction by the markets is surprising, but it’s a classic ‘buy the rumor, sell the news’ reaction. The news was already in the market price,” he pointed out.
On RBI Governor’s exit, Sharma said: “From an investment perspective, there’s been much selling already this year. Markets are possibly enthused by the possibility of a pro-growth appointment, one that prefers a nuanced approach over a hard line in dealing with financial institutions.”
The rupee pared some early losses after Finance Secretary A N Jha said the government was likely to make an announcement regarding Urjit Patel’s successor at the central bank.
Meanwhile, on a net basis, foreign portfolio investors (FPIs) bought shares worth Rs 116.22 crore Monday, while domestic institutional investors (DIIs) were net sellers to the tune of Rs 145.80 crore, provisional data available with BSE showed.
Brent crude oil futures slipped below USD 60 per barrel mark, slipping 0.32 per cent to 59.78 per barrel.
Elsewhere in Asia, Korea’s Kospi fell 0.04 per cent, Japan’s Nikkei dropped 0.34 per cent; while, Hong Kong’s Hang Seng rose 0.07 per cent and Shanghai Composite Index gained 0.37 per cent.
In Europe, Frankfurt’s DAX jumped 0.86 per cent and Paris’ CAC 40 rose 0.84 per cent in early deals. London’s FTSE too gained 0.37 per cent.