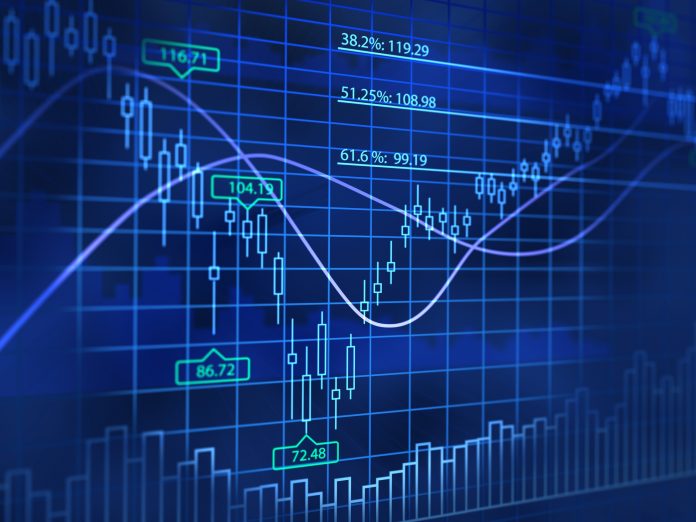 Benchmark indices finished lower today as investors scrambled to unwind bets amid global trade tensions and unabated foreign capital outflows.
The BSE Sensex tumbled 159 points to end at 35,264.41, while the broader NSE Nifty finished below the crucial 10,700-mark.
Asian markets went into a tailspin on weak Chinese factory data ahead of the expected imposition of US tariffs this week.
Back home, profit-booking in recent gainers and a weak rupee took their toll, brokers said.
The BSE Telecom index was the biggest casualty, sinking 2.61 per cent, followed by metal and power indices.
The 30-share Sensex, after a positive opening, rose to 35,578.24 on buying by domestic institutional investors, but soon came under selling pressure.
It finally ended at 35,264.41, down 159.07 points, or 0.45 per cent.
Likewise, the 50-stock NSE barometer Nifty ended at 10,657.30, showing a loss of 57 points, or 0.53 per cent. Intra-day, it shuttled between 10,736.15 and 10,604.65.
Meanwhile, the country’s manufacturing sector activity in June grew at the strongest pace this year, supported by rise in domestic and export orders.
The Nikkei India Manufacturing Purchasing Managers Index (PMI) rose from 51.2 in May to 53.1 in June, registering the fastest improvement since December 2017.
“Weak global cues and trade tensions continued to be an overhang on markets. INR continued to be under pressure led by FII selling, inflationary concerns and current account deficit.
“Key events this week will be governments announcement on minimum support price (MSP) and fear of escalation in trade war between US and China,” said Vinod Nair, Head of Research, Geojit Financial Services.
Foreign portfolio investors (FPIs) sold shares worth a net Rs 157.15 crore, while domestic institutional investors (DIIs) bought equities to the tune of Rs 2,262.83 crore on Friday, as per provisional data.
Among Sensex constituents, NTPC emerged as the biggest loser by falling 3.67 per cent, followed by Bharti Airtel at 3.64 per cent.
Other losers were Adani ports 2.37 per cent, Hero MotoCorp 1.68 per cent, HDFC Bank 1.65 per cent, ONGC 1.64 per cent, M&M 1.43 per cent, Coal India 1.34 per cent, L&T 1.22 per cent, RIL 1.22 per cent, Tata Steel 1.22 per cent, ITC 1.13 per cent, HDFC Ltd 1.11 per cent and Yes Bank 0.77 per cent, among others.
However, Asian Paints rose 2.29 per cent, followed by Infosys 2.12 per cent and TCS 0.45 per cent. Weakness in the rupee has been spurring demand for IT stocks.
Bajaj Auto ended 1 per cent higher after the company reported a 65 per cent jump in total sales to 4,04,429 units for June.
Sectorally, the BSE metal index shed 1.80 per cent, followed by power (1.69 per cent), infrastructure (1.53 per cent), realty (1.29 per cent), PSU (1.01 per cent), oil and gas (0.80 per cent), capital goods (0.78 per cent), FMCG 0.65 per cent, healthcare (0.30 per cent), auto 0.26 per cent and bankex 0.24 per cent.
However, IT, consumer durables and teck ended in the green, rising up to 0.88 per cent.
The broader markets too succumbed to profit-booking. The BSE mid-cap index fell 0.75 per cent, while the small-cap gauge shed 0.70 per cent.
In the Asian region, Japan’s Nikkei tumbled 2.21 per cent and China’s Shanghai Composite index lost 2.52 per cent following data showing a drop in Chinese factory activity amid the expected imposition of US tariffs later this week. Hong Kong’s Hang Seng was closed for a public holiday.
In Europe, Frankfurt’s DAX shed 0.58 per cent and Paris CAC 40 lost 1.04 per cent. London’s FTSE fell 0.98 per cent in late morning deals.