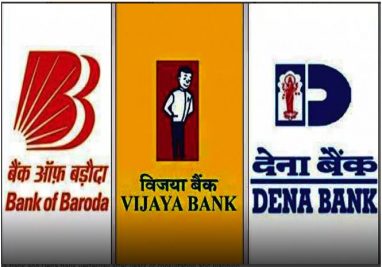 The All India Bank Employees Association (AIBEA) which has called for a  nation-wide strike on December 26 opposing the merger of Bank of Baroda, Dena Bank and Vijaya Bank, Saturday said the move was unwarranted as it would not be beneficial to the economy and the people at large.

“The merger will also affect the interests of employees, their jobs and job security. The move would also affect employment opportunities in the banking industry,” the Association general secretary CH Venkatachalam said here.

Noting that several villages were yet to receive banking services, he said, “there is a huge exclusion of people. Banks need to be expanded. No need for consolidation”.

Referring to the government’s contention that the merger would make the banks stronger, Venkatachalam said, “there is no evidence to this conclusion. Last year six banks were merged with SBI. But SBI (State Bank of India) has not become any bigger.”

“After merger of the six banks with SBI, the non-performing assets have further gone upto Rs 2.25 lakh crore. Hence, it is also a wrong presumption,” he said. The mergers of the banks would “surely” result in closure of branches and would endanger job security, he added.

Urging the Centre to take tough measures to recover bad loans, the association said the government was instead trying to divert the attention and focus on resorting to bank mergers.

Claiming that the total NPA in Bank of Baroda, Dena Bank and Vijaya Bank was Rs 80,000 crore, he sought to know if these bad loans would automatically be recovered if these banks were merged.

Opposing the merger of these three banks, nearly 10 lakh bank employees and officers would take part in the nation-wide srike on December 26, he said.