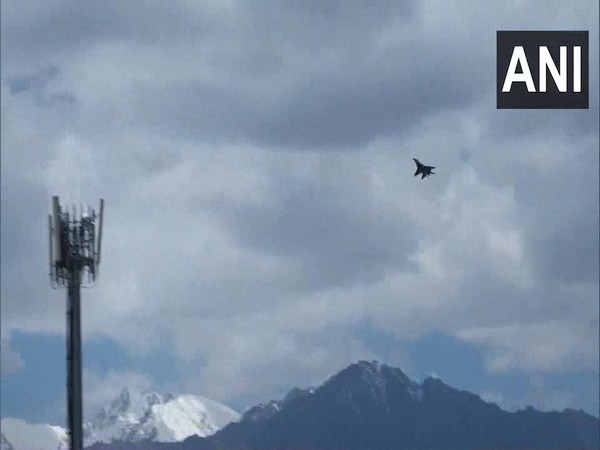 The activity assumes significance in view of the ongoing dispute with China and after the violent face-off with Chinese troops in Galwan valley in Ladakh.

Meanwhile, the Indian Air Force has moved its critical frontline assets including the Sukhoi-30MKI, Mirage 2000 and Jaguar fighter aircraft fleet to advanced positions where they can fly in at a very short notice to carry out operations.

For providing air support to the Indian Army troops in the eastern Ladakh sector, the American Apache attack helicopters have been deployed in the close vicinity of the areas where operations by the ground troops are taking place at the moment.

The Chinooks helicopters have also been deployed in and around the Leh airbase to provide the capability of rapid troops transportation and inter-valley troop transfer, in case such a situation emerges there. The Mi-17V5 medium-lift choppers are also playing an active role in the area in troops and material transportation there.

With multiple bases around the Ladakh and Tibet region including Leh, Srinagar, Avantipur, Bareilly, Adampur, Halwara (Ludhiana), Ambala and Sirsa, the Indian Air Force has an edge over their Chinese counterparts, who have to start fighter aircraft operations from Hotan and Gar Gunsa near Ladakh as they are at an altitude of 14,000 feet plus.

The Indian Air Force has deployed its Su-30 combat aircraft soon after the Chinese choppers tried to violate Indian air space in Eastern Ladakh around the same time when their Army started arriving in large numbers along the LAC there. (ANI)