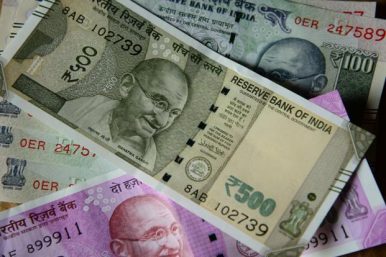 New Delhi [India], April 18 (ANI): Amid growing sentiment among companies to shift their manufacturing base from China in the wake of coronavirus epidemic, India is preparing to introduce policy changes to facilitate manufacturing in the country and attract investment.

The Ministry of New and Renewable Energy (MNRE) has set up Renewable Industry Facilitation & Promotion Board to facilitate investment in the sector, the ministry said in a release on Saturday. “At a time when many companies are shifting their manufacturing firms from China, it is time for India to bring policy changes for facilitating manufacturing in India,” it said.

The Ministry said it has also got in touch with trade commissioners/ representatives of various countries inviting them to “invest in this promising opportunity in India”.
The Ministry, according to the release, has strengthened the clauses in Power Purchase Agreements (PPAs) to boost investor confidence.

“The three power and RE sector non-bank financial company (NBFCs) namely PFC, REC and Indian Renewable Energy Development Agency Limited (IREDA) has reduced their repayment charges to 2 per cent for enhancing the funds available for new projects in the sector. Moreover, IREDA has brought out a new Scheme for project specific funding to promote new RE projects in India,” said the ministry.

The Ministry has written to various state governments and various port authorities to identify land parcels of 50-500 acres for setting up such parks. “Tuticorin Port Trust, States of Madhya Pradesh and Odisha have already expressed their keen interest in setting up RE Manufacturing Parks,” it said.

These facilities will manufacture equipment like silicon ingots and wafers, solar cells and modules, wind equipment and ancillary items like back sheet, glass, steel frames, inverters, batteries etc. The hubs will also export equipment and services in the RE sector, the release said.