Bhubaneswar (Odisha) [India], May 20 (ANI): The next six to eight hours are going to be crucial as Cyclone Amphan is likely to make landfall on Wednesday near Sunderbans in West Bengal, according to Special Relief Commissioner, Odisha, who added that upwards of 1.37 lakh people have been evacuated so far in the state.

“Cyclone Amphan lies 110 kilometres south-east from Paradip and is moving at an average speed of 18-19 kilometre per hour. Landfall expected near Sunderbans in West Bengal by late evening today. Next 6-8 hours are going to be crucial,” PK Jena, the Special Relief Commissioner said. “We have evacuated more than 1,37,000 people till now and the process is still ongoing in certain pockets of Balasore and Mayurbhanj districts,” he added.

Jena said that wind speeds of 102 kilometres per hour were observed near Paradip today morning. “It is moving as per the path forecasted by the India Meteorological Department (IMD) and, therefore, we are expecting 110-125 kilometre wind speed in coastal tracts of Paradip, among others,” he added.

According to the IMD, the cyclone was at about 120-kilometer east-southeast of Paradip, Odisha at 8:30 am today.

The weather forecast agency added that it looks set to cross West Bengal-Bangladesh coasts between Digha (West Bengal) and Hatiya Islands (Bangladesh) close to Sunderbans and added that the landfall is expected to begin around afternoon. 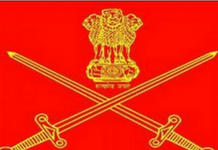 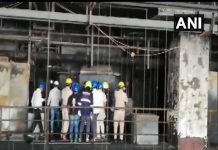 Farm laws: If farmers have better proposal then they can come to us, says...