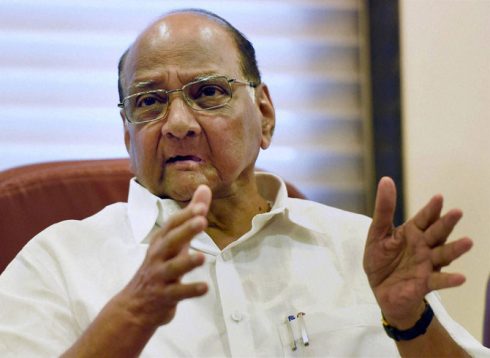 New Delhi, Sep 10 (PTI) NCP supremo Sharad Pawar Monday called for a “different thinking” to reduce sugar stocks amid expected surplus production in the next season even as he praised the BJP-led government for steps to save cane farmers.

Stating that sugar output in the 2018-19 marketing year is also expected to be surplus, the former agriculture minister said that there is a need to reduce the stock of sugar and for which a “different thinking” is required.

Sugar mills are unable to make cane payments to farmers as domestic sugar prices have come down due to surplus output this year and even exports have become unviable because of a sluggish global market, Pawar said in his inaugural address at the 59th annual general meeting of National Federation of Sugar Factories Ltd here.

“In this situation, the government support is important for cane growers and the industry. I am happy some steps have been taken to protect cane growers… This year, Government of India has taken several measures.” he said.

The Centre has doubled import duty to 100 per cent, scrapped export duty, set up a buffer stock of 3 million tonnes and announced a soft loan of Rs 4,500 crore to establish ethanol facilities.

Stating that the country’s sugar output in the next 2018-19 marketing year is also expected to be surplus, Pawar said that there is a need to reduce the stock of sugar and for which a “different thinking” is required.

Besides sugar, mills should focus on ethanol and power generation to sustain operations, he suggested.

Pawar further said that some states do not like to buy power from sugar mills directly. In this situation, mills need to think about selling it in the open market.

“Even if they get Rs 7 per unit of power, then the sugar sector’s problem will be resolved,” he said and added mills should also focus on producing ethanol for blending with petrol amid a sharp rise in prices of crude oil.

He also praised Uttar Pradesh for making a substantial increase in sugarcane yields and sugar recovery level compared to other states.

“Uttar Pradesh has the highest sugar output. Its recovery and crop yields which remained lower till last many years have shot up today to the highest level. The state is showing a new direction to the rest of the country,” he said.

Talking about the cane crop, he said critics argue that the sugarcane crop consumes a lot of water in a country which has only 40 per cent farm area under irrigation.

To address this problem, he suggested plantation of sugar beet crop which is being done in entire Europe.

Vivek Waghmode - Friday, 26 November 2021
Considering the increase in the input costs the cultivation cost of cane has increased to Rs 3,200 per tonne and we want the government to increase FRP considering this, he said.