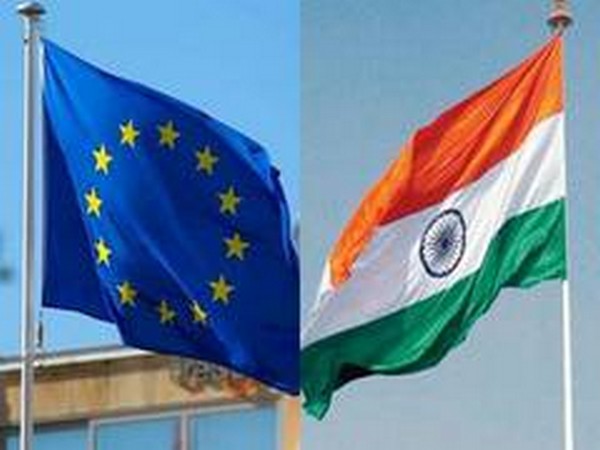 New Delhi [India], May 6 (ANI): India and the European Union are likely to resume negotiations on a free trade agreement during the upcoming summit between New Delhi and the 27-nation bloc on Saturday.

According to the EU officials, India and the EU are likely to announce strong partnership and cooperation on “very resilient medical supply chain and on pharma” at the India-EU Summit.

“We stand ready to reinforce our role in Indo Pacific. We are for free, open and rule-based Indo Pacific, India has a pivotal role in this,” they further said.

As India is witnessing an unprecedented surge in COVID-19 cases, the EU officials clarified: “Nobody will be pressurising PM Modi to open export of vaccine in these extremely difficult times”.

The India-EU Leaders meeting is scheduled to take place on May 8 in virtual format.

The meeting will be the first meeting in the EU+27 format and it will reflect the shared ambition of both sides for further strengthening the India-EU Strategic Partnership, according to a statement by the Indian government.

On Monday, Prime Minister Narendra Modi had a telephonic conversation with Ursula von der Leyen, President of the European Commission.

During the phone call, the two leaders agreed that the forthcoming India-EU Leaders’ Meeting was an important opportunity to provide renewed momentum to the already multi-faceted India-EU relationship.

“The leaders’ meeting is going to take place in the backdrop of the pandemic. And India and the EU will begin with an initial proposition which is to show solidarity. We need a global response to this global challenge. The summit will discuss how to go about it and how to translate it into concrete steps. And also how EU and India together can shape the agenda of the international community when it comes to the response to COVID,” he had said. (ANI)