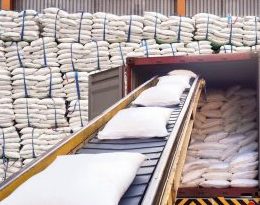 Kathmandu: The Nepal government will continue to ban the import of sugar from India for the next three months. The ban that came in effect from mid-April will continue till mid-July.

The ban was imposed after the domestic sugar mills requested that they cannot compete with Indian sugar.

The traders cannot import more than one-tonne sugar till mid-April.

The officials of the Ministry of Industry, Commerce and Supplies stated that the Cabinet has approved the decision to extend the ban following the pressure from domestic millers.