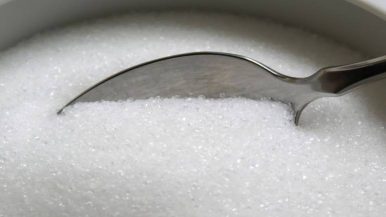 The Office of the Prime Minister and Council of Ministers has directed the supplies ministry to halt sugar import to assure market for domestic produce. The direction from the OPMCM came after sugarcane farmers requested Prime Minister KP Sharma Oli to do the needful so that their produce could find a market and their pending payments from sugar mills were released.

Following the OPMCM directive, the Ministry of Industry, Commerce and Supplies has started groundwork to ‘temporarily halt’ import of sugar. “The claim of sugarcane farmers and sugar mill operators is logical and a policy intervention is necessary to assure market for domestic sugar and sugarcane,” said Chandra Prasad Ghimire, MoICS secretary, adding that the government will take necessary decisions within a few days.

With cheaper sugar from India and Pakistan flooding the market, the country’s sugar mills have been finding it difficult to clear their stocks, as Nepali sugar, which is comparatively costlier, has failed to compete with cheaper imported sugar, resulting in low demand for domestic produce in the market. As a result, sugar mill operators are not only reluctant to clear pending dues of farmers, but are also saying that they will not be able to purchase sugarcane from farmers this year.

In March, the government had raised import duty on sugar to 30 per cent from 15 per cent to promote domestic sugar under pressure from sugar mill operators. However, import of cheaper sugar did not fall even after that step.

As per Nepal Rastra Bank data, the country had imported sugar worth Rs 115 million (including molasses) in the last fiscal.

Sugar mill operators have been claiming that imported sugar is available at almost Rs 65 per kg in the market, while production cost of domestic sugar is more than Rs 70 per kg. They have claimed that sugar worth over Rs 7 billion remains unsold in their warehouses after failing to compete with imported sugar.

“Of the 178,000 tonnes of sugar produced in the country last year, only 60,000 tonnes has been sold so far,” said Rajesh Kedia, general secretary of Nepal Sugar Mills Association, adding that halting sugar import for a certain time is the only solution.

However, banning import of sugar will compel consumers to pay higher price for sugar