Facebook
Linkedin
Twitter
Home All News NGT Slaps Fine On UP For Failure To Submit Report On Ethanol... 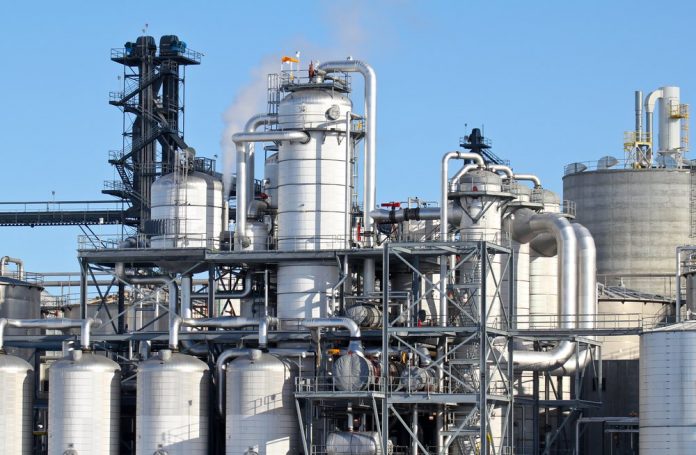 The National Green Tribunal has slapped a fine of Rs 50,000 on the Uttar Pradesh government for the inordinate delay in filing a report on the status of distilleries and sugar mills manufacturing, storing and transporting ethanol without obtaining permission from the Petroleum and Explosives Safety Organisation (PESO).

A bench headed by acting NGT Chairperson Justice Jawad Rahim noted that despite its specific direction on February 22 to file the inspection report in two weeks, the state government failed to do so.

The direction was issued after owners of some of the units, which were shut earlier for non-compliance of rules, had approached the court alleging that the UP government was delaying the inspection, which was necessary for licence renewal.

The green panel initially slapped Rs five lakh as costs for the delay but reduced it to Rs 50,000 on the repeated insistence of the counsel for the state.

“The counsel assures that in future such conduct will not reoccur. He submits that the costs may be reduced from five lakh to marginal costs and, after consideration, agreed to pay a sum of Rs 50,000. Hence we direct the cost shall be deposited within two days from now failing which the order of direction for payment of Rs five lakh shall stand revived,” the bench said.

The state government told the tribunal that it has complied with the order in “all seriousness” and inspected the five industries, but due to “inadvertence”, the report could not be filed.

The order came after a few industries approached the tribunal seeking modification of its order directing all states to shut down distilleries running without PESO nod.

The industries claimed that due to the NGT order, the authorities concerned were not inspecting their site resulting in delay in issuance of licences.

The order came during the hearing of a contempt plea filed by NGO SAFE alleging that the authorities were allowing illegal operation of these units without licence and in contravention of the Manufacture, Storage and Import of Hazardous Chemical Rules 1989, putting lives at grave risk.

The plea referred to a UP Government’s affidavit and contended that only two of the 35 distilleries had requisite licence while the others were manufacturing ethanol illegally.

“The industries manufacturing absolute alcohol or ethanol were not only operating illegally without the requisite permission from competent authorities, but also manipulating the actual total production, storage and sales figures of absolute alcohol causing not only huge financial loss to state revenue but also jeopardising safety of people and environment,” the NGO had said in its contempt plea.

The NGT had in 2016 directed that no manufacturer will produce absolute alcohol without seeking appropriate permission from the Ministry of Commerce, Chief Controller Explosives and other authorities.

“It is in view of the fact that under the Manufacture, Storage and Import of Hazardous Chemical Rules, 1989 and Chemical Accidents (Emergency Planning, Preparedness and Response) Rules 1996 as notified under the provision of Environment (Protection) Act, 1986, such permission is required,” the tribunal had said.