Home All News Nitin Gadkari calls for clearing of blockades at inter-state borders for smooth... 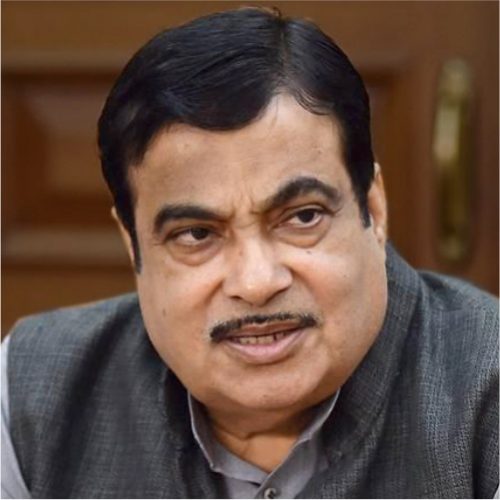 New Delhi, April 28 (ANI): Union Minister of Road Transport and Highways Nitin Gadkari on Tuesday called upon all the States/UTs to take urgent action so that blockades of trucks and lorries at inter-state/UT borders are cleared at the earliest possible, as the smooth movement of essential goods to various parts of the country is essential.
This, he said, needs to be given urgent attention by facilitating the truck/lorry movement, to ease up the lives of the public in the light of lockdown announced to curb COVID-19 pandemic. Speaking at the meeting of State/UT Road Transport Ministers held via video conference, Gadkari urged the Ministers to intervene in such matters and ensure resolutions through the local/district administrations. At the same time, he underlined following the health advisories and other guidelines like proper distance, wearing masks, use of sanitisers, both by the driver/cleaners and also at the Dhabas.

Gadkari further pointed out that transportation of labour to factories may be facilitated by duly following the health protocols of maintaining a minimum one-metre distance, wearing masks, use of sanitisers, etc. He pointed out that providing food and shelter to labour may be ensured while fully observing the norms of social distancing and hygiene.
Union Minister Gadkari further informed that he was according top priority to the development of road/highway infrastructure and is planning to enhance National Highway construction by 2 to 3 times the present pace in the next couple of years.
He urged the States/UTs to expedite land acquisition as delays hamper the pace of development and asked them to utilise funds which are remaining unused with them to the extent of about Rs 25,000 crore.

Calling for speedier decision making, Gadkari said that this is critical for accelerated economic development to make India an economic superpower and a $ 5 trillion economy. The Minister stressed that transport facilities/ infrastructure serves as the backbone of the economy.
He said that the Ministers should personally monitor the process of decision making to ensure that projects do not become a victim of red-tape.
Gadkari further suggested that State Transport Ministers should explore operationalising App-based two-wheeler taxis especially in rural areas which will assist farming communities with smoother movement.

“This will also provide new employment opportunities. They may also try to shift public transport to LNG/CNG, e-vehicles which will bring considerable savings on fuel bills and will help the environment being less/zero polluting fuels,” he said.