Home All News No More Hurdles For Sugar Exports, Relief For Millers 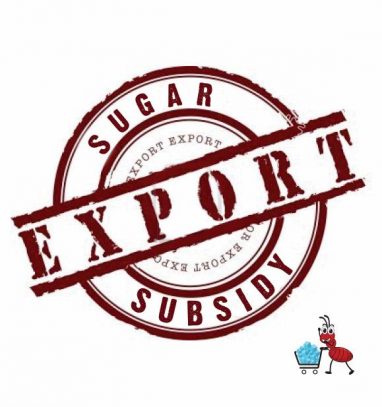 Although the Govt. has been offering various measures to the sugar industry, the millers yet seem to be distressed with prices of sugar dropping down, arrears have started piling up. A group of millers in Maharashtra have expressed its inability to pay the FRP in a single payment to farmers. To overcome the financial distress, millers want the Centre to intervene and increase the minimum selling price of sugar from Rs.2900/qtl to Rs.3400/qtl.

On the contrary, millers have contracted for approx 700,000 tonnes sugar exports and shipped around 3,12,000 tonnes for the quarter between October and December 2018. Additionally, approximately 95,000 tonnes of the sweetener is kept at various ports for loading for the quarter ending December 2018. This means total quantity of export stands at a negligible approx 410,000 tonnes for the October – December 2018 quarter as against the quarterly average target of 1.25 million tonnes.  The demand in the global market past four weeks has been flat, the prices of London White Sugar have slid down from $350 to $331.

The Govt. has advised sugar mills once again to undertake export of sugar as per their allocated quantity of MIEQ. Failing to export would be treated as violation of government directives and accordingly appropriate action would be initiated against the defaulting sugar mills.

“In case, a sugar mill fails to achieve its quarterly sugar export target the equivalent quantity of un-exported sugar during any specified quarter shall be deducted in three equal installments from the quantity of sugar to be allocated to them of monthly stock holding for each month in the subsequent quarter,” said a circular from the Directorate of Sugar issued in the previous two months notifications of monthly release quota.

Overall, if the millers take up exports, it’s the most straightforward way they would be able to liquidize their stocks and also save the interests too. On the contrary, when the millers do not opt for exports the burden of stocks will pile up, mills will end up will lesser domestic quota, and this would ultimately lead themselves into financial distress. Hence channelizing sugar stocks towards exports will make millers stand on a win-win situation.

Mills were unable to export sugar since the banks were not ready to release stocks under their pledge due to ‘short margins’ arising out of the difference between the valuation of stocks by banks and the current realizable value of sugar as per the ruling international market prices, however now that the banks have agreed to resolve the issue and also released a notification yesterday, millers will be able to export their quantities of sugar smoothly in the quarter of January to March and the target to export 12.5LMT also seems to be possible.