Home All News One Year Of GST: Government Could Push A Raft Of Anti-Evasion Measures... 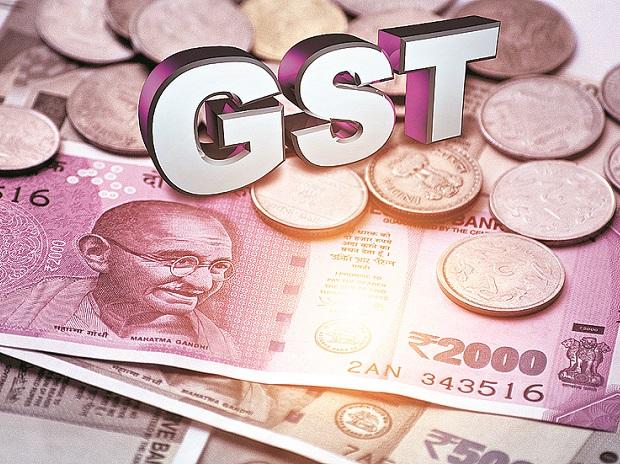 Editor’s note: It has been a year since the Narendra Modi government rolled out the Goods and Services Tax (GST), on 1 July, 2017. The introduction of the indirect tax regime marked the end of over a decade of wrangling, when politicians struggled to build consensus across party lines. Firstpost is publishing a serious of articles wherein experts will analyse the triumphs and the pitfalls of the roll out of the GST.

The Goods and Services Tax (GST) has undoubtedly transformed the business environment in India. Tax reform of this magnitude has possibly not been undertaken anywhere else, more so in a country having a large portion of unorganised business. This reform has had a significant impact on government revenues, organized businesses, traders and retailers, logistics and consumers.

From the revenue side, we have seen some major swings in GST collections as the revenues have ranged between a low of Rs 83,716 crore (in December 2017) and a high of Rs 1,03,458 crore (in April 2018) with an average collection of Rs 90,000 crore per month. The swings in monthly collections during this period have been both causative and determinative. While in months like November/December 17, the dip in collections was on account of the rate reductions for various products, these reductions also led to more enforcement measures such as e-way bills in order to curb possible evasion leading to lower collections.

From the consumer side, unlike the experience in some other countries, GST in India did not lead to an increase in retail inflation. While this could in part be attributed to the introduction of the anti-profiteering law, it is also because the rates under GST for many products were lower than the effective rates for excise and VAT earlier and competitive pressures ensured that the rate reductions were passed on.

As we near the completion of one year of GST, we must take stock of some of the changes that we can expect in the second year of GST.

The GST base is expected to be broadened over time with petroleum products, the real estate sector in its entirety and electricity coming into GST. These inclusions will require consensus in the GST Council and hence the concerns of various states need to be addressed. It may also be prudent to approach the issue of GST base expansion in a phased manner with a planned inclusion of products at pre-determined intervals based on an agreed road map. Using this approach, we could possibly see the inclusion of natural gas and Aviation Turbine Fuel (ATF) in the GST fold in the initial phase and fuels like petrol and diesel in the next phase. This would allow mid-term corrections based on the experience in the earlier phase and also allow industry to plan ahead.

Several changes in GST compliance during the initial phase had disturbed businesses and hence there would be a conscious effort to reduce the level of compliances in the coming year. This could take the form of fewer returns, simplified returns, reducing the periodicity of filing returns for some categories of taxpayers etc. It is also expected some requirements such as invoice matching, which are cumbersome for SME’s, could be made mandatory for larger enterprises and optional for smaller entities. Similarly, the insistence on reverse charge being applied on transactions with unregistered enterprises, which was kept in abeyance, could be re-looked as this requirement has not found large scale acceptance amongst businesses.

The anti-profiteering legislation and supporting bodies have largely been relying on their persuasive powers to ensure that the benefits on account of lower net taxes are passed on to consumers. This approach is expected to continue as there is continued agreement that in most sectors, market forces will help in ensuring that the benefits are passed on to consumers and appropriate prices are charged . The need to intervene could be exercised selectively in a few sectors where price inelasticity prevails. In any case the tenure of the anti-profiteering law is restricted to the transition period of two years after GST introduction. Hence the operation of the legislation would come to an end in June 2019.

The Authority for Advance Rulings (AAR) formed to provide rulings on GST matters has finally taken off and we have seen a flurry of decisions in the past few months in various states. While some of them have taken cognizance of business practices and have applied the legislation in a realistic manner, some of the rulings have taken views divergent from existing business practices. There have also been a few rulings where divergent views on the same issue have been taken by different states. These have led to filing of appeals against the AAR decision. The appellate bodies for the same have been notified in only some states and have been functioning in fewer states. It could be prudent to have a national authority to decide matters relating to businesses having multi-state operations. It is equally necessary to speed up the appellate process as the advance rulings serve the role of precedents in GST and are very useful in interpretational matters.

While many of these measures would be industry friendly, it is essential to remember that business friendly changes can only be expected when compliance and collections are on an upswing. If the compliances and or collections dip and are short of the targets set for the year in the Union Budget, we can also expect to see a raft of anti-evasion measures. Some measures such as e-way bill have already been introduced for inter-state and intra-state movements by all states. More measures such as mandatory invoice matching, compulsory reverse charge together with more of enforcement measures can be expected if the collections fall short or evasion is suspected.

The next one year is expected to usher in the stabilisation phase of GST where more and more businesses become organised and compliant so that the both businesses and the government are able to reap the benefits of the most significant tax reform of our times.