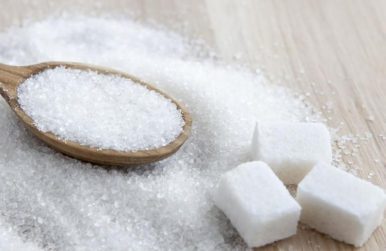 Mumbai, Sep 3 (PTI) Excess supply of sugar is likely to make a sustanable price price recovery uncertain, according to a report.

While sugar prices have recovered to around Rs 32,500-33,000 per tonne (ex-mill Uttar Pradesh) from a low of Rs 26,500 per tonne in May on the back of recent government measures, the sustainability is uncertain given the oversupply conditions, Icra said in a report.

As per the report,  domestic sugar production is expected to increase by 10 per cent to around 35 million tonne in SY2018, as per early estimates, which will add to the existing surplus situation.

However, export of entire 2 million tonne might pose a challenge, given the subdued global sugar prices, he said.

“Hence, while the prices have recovered after the announcement of the government bailout package for the industry, we expect pressure on the sugar prices, given the continued oversupply scenario,” he added.

With sugar realisations likely to be under supply-induced pressure in SY2019, this is likely to result in margin pressures as well as the increase in cane arrears in that year, Icra said.

It said, the effective increase in the FRP by 2.5 per cent for SY2019 could also trigger a rise in the state-advised price (SAP) set by the state governments in the SAP-following states.

Notwithstanding the government support measures, the operating environment for sugar mills in the short-term will be challenging,” Majumdar said.

The long-term viability of the sugar mills will remain critically dependent upon ensuring linkage between cane prices and sugar prices, especially in SAP-following states, he added.

However, on a positive note, for SY2019, for the first time, the Cabinet has also fixed the price for the ethanol produced from B-grade heavy molasses at Rs 47.49 per litre, the report said.

In case of a sugar surplus scenario, the proposal to allow production of ethanol through B-grade molasses and sugarcane juice would support the sugar mills in producing ethanol from relatively higher sucrose content materials, it added.