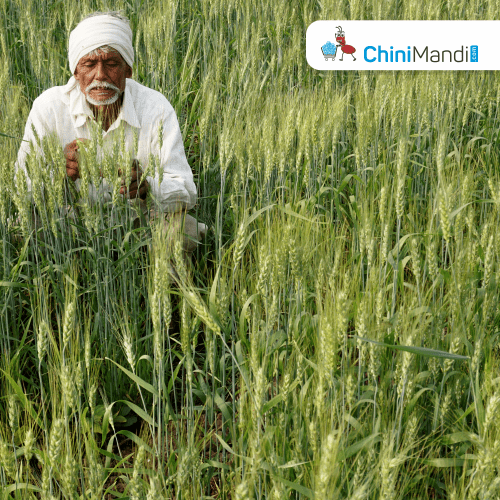 Islamabad [Pakistan], January 11 (ANI): Pakistan is facing its worst ever flour crisis with parts of the country reporting shortage of wheat and stampedes reported from several areas in Khyber Panhtunkhwa, Sindh and Balochistan provinces

Tens of thousands spend hours daily to get the subsidized bags of flour that are already short in supply in the market, according to a report in the The Express Tribune.
Chaotic scenes are often witnessed as people gather around vehicles pushing each other as the mini-trucks and vans escorted by armed guards go about distributing the flour. A number of clashes have been reported at flour dealers and tandoors

Prices of wheat and flour have skyrocketed amid the ongoing crisis in Pakistan, The Express Tribune reported.

Balochistan’s Minister for Food Zamarak Achakzai has said that the wheat stock in the province had “completely ended.” He said that Balochistan immediately needed 400,000 sacks of wheat and warned that otherwise, the crisis could intensify.

Similarly, Khyber Pakhtunkhwa has been facing the worst-ever flour crisis as a bag of 20-kilogram flour is being sold for Rs 3100 after the government failed to control the price of the stable, The News International reported.

A person died in the Mirpurkhas stampede during the sale of the Sindh government’s sale of subsidized flour to the people, The Express Tribune reported. The death occurred near the commissioner’s office when two vehicles carrying 200 bags each were selling flour outside Gulistan-e-Baldia Park.

People gathered around the vehicles were pushing each other to take the bag as the mini-trucks were selling flour bags of 10 kg each at the rate of Rs 65 per kg, as per the news report.

The police said that a 40-year-old labourer Harsingh Kolhi fell on the road during the chaos and was trampled upon by the surrounding people. Kolhi’s family has demanded action against the officials of the food department, as per The Express Tribune report.

Similar scenes of chaos were seen in other parts of Sindh where flour was being sold through mini-trucks or vans. Two women and a minor girl suffered injuries when a stampede broke out outside a flour mill in Shaheed Benazirabad’s Sakrand town while purchasing flour at the government rate.

Residents in Khyber Pakhtunkhwa have complained of wheat flour shortage calling on the government to end the crisis and provide subsidized flour, VOA Deewa said in a tweet.

A resident in Peshawar has revealed that the people, including the poor and rich, have concerns regarding wheat flour, as per the tweet. The resident added that a person can purchase flour only once a week.

The situation has angered people in Khyber Pakhtunkhwa as the tandoors have also increased the price of bread, The News International reported. Apart from bread, all the bakery items are being sold at a high price.

Thousands of people have to spend hours every day to get the subsidized bags that are already short in supply, as per The News International report. Prices of all the food items and other commodities have increased over the past couple of years and the governments have taken no measures to control the situation, as per The Express Tribune report.

A number of clashes have been reported at flour dealers and tandoors in Khyber Pakhtunkhwa in the past weeks over the issue of prices. A few days back, one passerby was killed in Pishtakhara when two locals clashed with a tandoor owner over the price of bread and then opened fire on him. Several others were injured during the distribution of subsidized flour.

Sources have revealed that the tussle between the federal and Punjab governments was responsible for the wheat crisis in Pakistan, The Express Tribune reported. Sources added that the Punjab Food Department was unable to correctly estimate how much wheat was required to be imported, as per the news report.

Meanwhile, Balochistan’s Minister for Food Zamarak Achakzai has revealed that the wheat stock in the province had “completely ended.” He stressed that the crisis for the commodity in Balochistan was “intensifying,” as per The Express Tribune report.

Speaking at a news conference, Zamarak Achakzai said that Balochistan did not receive the required stock of wheat. He said that Punjab Chief Minister Parvez Elahi had committed to sending the complete stock. However, he did not fulfill the promise.