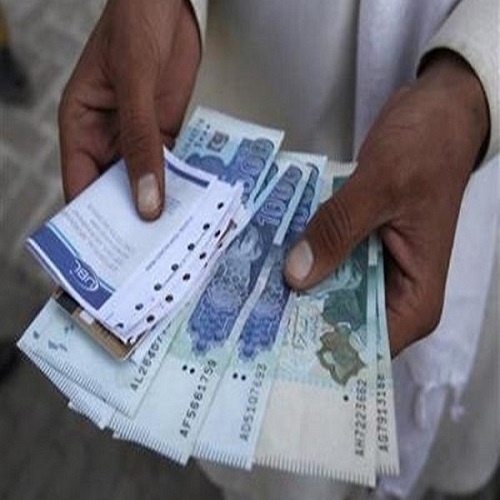 Looking at its falling economy, investors had also started losing their confidence in Pakistan’s ability to pay back the loans. Neither, the creditors nor the market is impressed.
The creditors were not impressed by the official assertions that the “land of the pure” will not default and will meet its upcoming USD 1 billion bond payments, according to POREG.

Meanwhile, the apex bank governor, Jameel Ahmad has presented data on the health of the Pakistani rupee before the media but skeptics have pooh-poohed his claim that the country has “enough dollars to meet its foreign debt obligations.”

With finance minister Ishaq Dar busy battling what is clearly a losing battle to prop up the rupee vis-a-vis the dollar, Planning Minister Ahsan Iqbal, has come up with a political spin to rubbish market perception, POREG reported.

According to News International citing local brokerage data, the cost of insuring exposure to Pakistan’s five-year sovereign debt rose by 1,224 basis points over the weekend, hitting the highest-ever level of 92.53 per cent.

After the local beverage showed the data on Monday, the analysts said that the country’s sovereign dollar bonds would remain vulnerable until the political standoff between the government and the main opposition party of former prime minister Imran Khan is settled.

Pakistan’s economic conditions are far worse these days due to political uncertainty. On Monday, in the inter-bank market, Pakistan’s rupee maintained its downward trend against the US dollar, falling by 0.22 per cent, Business Recorder reported.

As per the State Bank of Pakistan (SBP), the rupee closed at 223.66 after a decline of 0.49. In the last seven trading sessions, the currency has lost Rs 2.24 or 1 per cent against the greenback.

Pakistan’s total debt and liabilities spiked by Pakistani Rupees (Rs) 12 trillion or 23.7 per cent in the first quarter of the current fiscal year, the loan tranche from the International Monetary Fund and the devaluation of the rupee pushed the numbers up significantly, The News International reported citing analysts.

In the fiscal year, 2022-2023, in July-September the debt and liabilities stood at Rs 62.46 trillion which is more than the same period of last fiscal year, accounting for Rs 50.49 trillion.

Pakistan is due to repay USD 1 billion against a five-year Sukuk (Shariah-compliant bond) which is scheduled to mature on December 5, 2022, The Express Tribune reported.

According to Topline Research, the yield (rate of return) on the Sukuk increased by 964 basis points in a day to 69.96 per cent. The increase in the yield is hinting that investors were thinking that Pakistan might default on the USD 1 billion Sukuk.

Meanwhile, Pakistan and the International Monetary Fund’s (IMF) ninth round of talks has been delayed. As they could not finalize a schedule for formal talks on the overdue ninth review of a USD 7 billion loan program amid a lack of clarity on flood-related financial requirements for this fiscal year and a declining revenue stream in the wake of import controls, Dawn reported.

Another alarming factor is that Pakistan’s remittances reached an all-time low in recent months. “In Oct 2022, workers’ remittances recorded an inflow of USD 2.2 billion indicating a 9 per cent decrease over last month,” the State Bank of Pakistan (SBP) said in a tweet.

The workers’ remittances recorded an inflow of USD 2.2 billion in October as compared to the previous month’s figure of USD 2.4 billion, the central bank said in its official data in November.

With a cumulative inflow of USD 9.9 billion during the July-October period in the fiscal year of 2023, the remittances decreased by 8.6 per cent as compared to the same period last year, the figures showed.

Last month, the remittances mainly came from Saudi Arabia with USD 570.5 million, the UAE with USD 427 million, Britain with USD 278.8 million, and the US with USD 253.1 million, according to the bank.

Foreign remittances play a significant role in Pakistan’s economy as they are one of the major sources of foreign exchange. (ANI)