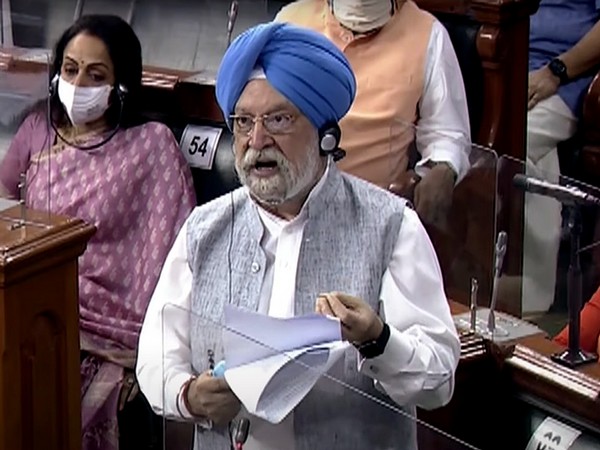 He further said 85 per cent of petroleum products are imported and the world market prices are determined by producing and exporting countries.

Puri also mentioned that the pricing of petroleum products in India is determined after the deregulation of the sector in 2010 by the UPA government.

Speaking in the Lower House of Parliament, Puri said, “The issue of pricing of petroleum products is determined after the deregulation of the sector in 2010 by the UPA government. The pricing is determined based on world market pricing. Today, 85 per cent of petroleum products are imported and the world market prices are determined by reproducing and exporting countries. Typically, on one litre of petrol, if the landed cost is 40, the petroleum companies make Rs 4.”

Puri said it is the GST Council’s prerogative whether petrol and diesel will be covered under GST.

“On top of that, the Central government imposes an excise of Rs 32 per litre. The state government raises taxes sometimes as high as 39 per cent. The question of GST, the constitution clearly states after the last amendment, that it is the GST Council that determines whether petrol and diesel will be covered under GST. This is a recommendation that comes from the GST Council,” said the Union Minister.

He mentioned that the money collected in the form of taxes on petroleum is used by the Central Government to provide COVID-19 vaccine and minimum support price to the farmers.

“I would like to inform the House that based on Rs 32 per litre that we collect by way of central excise, and other excises, we are also providing free vaccines to 80 crore Indian citizens, Minimum Support Price (MSP) of 30 to 70 per cent of all major crops since 2014 which benefitted the farmers. Over 10 crore farmer families have benefitted under PM-Kisan Samman Nidhi Yojana,” added Puri.

Meanwhile, amid an uproar by the Opposition, the Upper House has been adjourned for the third time on Monday. Earlier, it was adjourned till 12 noon and again till 2 pm. On the other hand, the Lower House was earlier adjourned till 2 pm today.

The Parliament resumed on Monday on the fifth day of the Monsoon session. However, soon after the resumption of House, the Opposition parties created ruckus over the issue of the ‘Pegasus Project’ report and demanded a discussion on the matter.

Amid the Pegasus spyware controversy, Chief Minister Mamata Banerjee on Monday announced that West Bengal has formed a commission to investigate the matter.

The Monsoon Session of Parliament commenced on July 19 and shall continue till August 13. (ANI)
To receive ChiniMandi updates on WhatsApp, please click on the link below.
WhatsApp Group Link