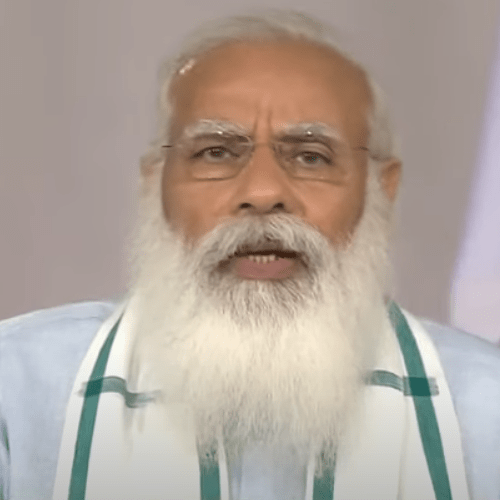 New Delhi [India], January 15 (ANI): While lauding the contribution of startups across the country, Prime Minister Narendra Modi on Saturday said that about five years ago, India didn’t have even 500 startups but today, that number has crossed 60,000.

“India’s startup ecosystem is continuously discovering and improving itself. It is in a constant state of learning and changing. India’s startups are now working in 55 different industries. Five years ago, India didn’t have even 500 startups. Today, that number has crossed 60,000,” the Prime Minister said while interacting with Startups across the country.
The Prime Minister said, “There’s at least one startup in at least 625 districts across India. Nearly half of India’s all startups are in Tier-II or Tier-III cities. It shows that people from all classes are converting their ideas into businesses.”

The Prime Minister emphasised on let us innovate for India, innovate from India.

“I call upon the youth to make their dreams global, and not just local. ‘Let us innovate for India, innovate from India’–a mantra for young innovators,” he said.

PM Modi, “India is continuously strengthening its image as the world’s largest millennial market. Our needs and potential, right from rural economy to Industry 4.0, are unlimited.”

Prime Minister said that India, today, believes in its youth and is making policies in line with the same.

“The start-up runway feature on the GeM platform is also being used by StartUps to provide their products to the government. Believing in the ability and creativity of youth is the basis of the development of any nation. India, today, believes in its youth and is making policies in line with the same,” the Prime Minister said.

He said, “From new drone rules to the new space policy, the Government is trying to give the youth as many chances of innovation as possible. Our Government has also eased IPR regulations. Central and State Governments are also promoting a huge number of incubators. ”

Startups from various sectors including Agriculture, Health, Enterprise Systems, Space, Industry 4.0, Security, Fintech, Environment etc were a part of this interaction. More than 150 startups have been divided into six working groups based on themes including Growing from Roots; Nudging the DNA; From Local to Global; Technology of Future; Building Champions in Manufacturing; and Sustainable Development.

As a part of Azadi ka Amrit Mahotsav, a week-long event, “Celebrating Innovation Ecosystem”, is being hosted by DPIIT, Ministry of Commerce and Industry, from January 10-16, 2022. The event marks the 6th anniversary of the launch of the Startup India initiative. (ANI)