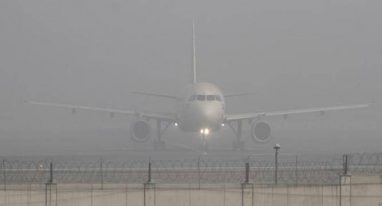 According to the reports of the Met department, the minimum temperature in Delhi was recorded at 7.1 degrees. They also commented that the city would have covered moderately with fog through the day. The air quality in Delhi has been categorized as “very poor” this morning.