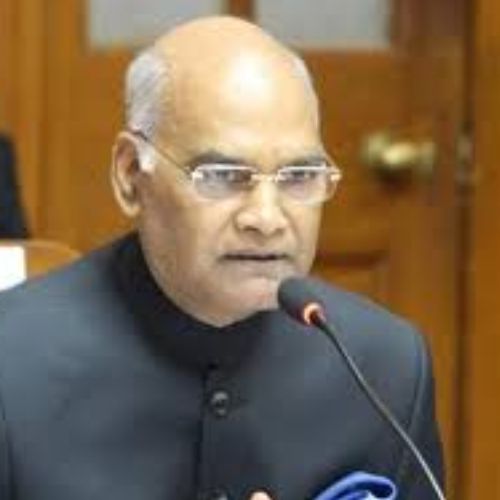 Mumbai: Maharashtra came under the President’s Rule on Tuesday and its assembly was kept under “suspended animation” after the recommendation from state Governor Bhagat Singh Koshyari that it is not possible to form a stable government in the state and the government cannot be carried on in accordance with the provisions of Constitution.

President Ram Nath Kovind gave his approval to the proclamation for President’s Rule following the recommendation of the Union Cabinet which acted on the report from the state Governor. Opposition parties slammed the Centre’s move to impose the President’s Rule, which came on a day the Nationalist Congress Party (NCP) was to convey its willingness to form the government in accordance with the letter given by the Governor.

A Home Ministry spokesperson said the Maharashtra Governor in his letter on Tuesday made a recommendation to the President that he made attempts to explore the possibility of formation of Government by having appropriate communication with all the political parties, who could have formed the government in alliance with other political parties.

“Unfortunately his attempts to do so have failed so far,” the spokesperson said, adding that “keeping in view the situation, circumstances and ground realities, the Governor was satisfied that the situation has arisen in the state in which it is impossible to constitute and/or form a stable government.”

The Governor was also satisfied that the government in the state “cannot be carried on in accordance with the provisions of the Constitution”.

Officials said that the Governor was constrained to send his report under the provisions of Article 356 of the Constitution as he was left with no other alternative. He recommended that the assembly be kept under suspended animation.

The results of assembly polls, in which BJP and Shiv Sena got an absolute majority, were declared on October 24. However, differences between the two allies over power-sharing prevented the formation of a new government.

While Shiv Sena insisted on having the post of chief minister for two-and-a-half years, the BJP said there was no such pre-poll agreement between the two parties. The Governor on Sunday asked the Shiv Sena to express its intention and ability to form the government and on Monday, the party sought extra time to give letters of support from the Congress and the NCP.

The Governor then asked the NCP about its willingness to form the government. The declaration of the President’s Rule came even as a team of senior Congress leaders comprising Mallikarjun Kharge, Ahmed Patel and KC Venugopal reached Mumbai to have talks with the NCP on government formation. The Congress and the CPI-M were among parties that condemned the imposition of President’s Rule in Maharashtra.