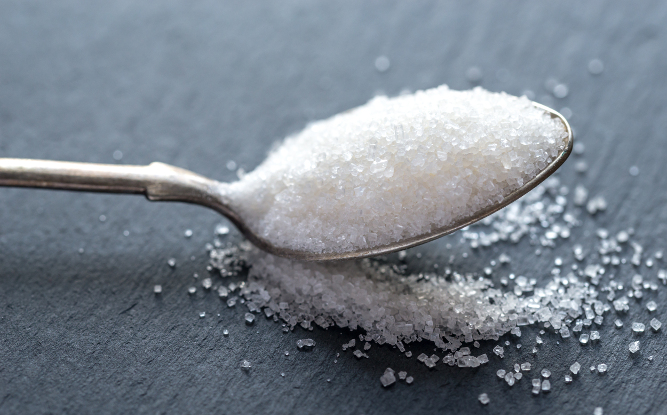 LONDON (Reuters) – Bunge is struggling to sell its sugar trading operations, according to two sources familiar with the matter, frustrating the 200-year-old agricultural merchant’s strategy of slimming down to focus on core areas and improve profitability.

German sugar refiner Nordzucker and Singapore-based agribusiness firm Wilmar International were among parties that had been initially interested, but nothing has materialized, according to the sources.

Sale difficulties risk complicating Bunge’s plan, announced by CEO Soren Schroder in February, to exit global sugar trading and distribution to concentrate on its core grain and oilseed operations. It said at the time it had identified “a few interested parties” in the sugar division.

U.S. firm Bunge, which itself has been a reported takeover target from rivals Archer Daniels Midland and Glencore over the past year, declined to comment.

Bunge’s move to exit sugar trading followed a $69 million group loss in the fourth quarter, which compared with a profit of $262 million a year earlier, the latest in a series of poor results.

The lack of strong buyer interest in the sugar unit also illustrates the wider malaise facing the industry, where a supply glut has driven down prices, squeezing Bunge and its global competitors. Louis Dreyfus Co is restructuring its sugar subsidiary in Brazil, for example, while German sugar group Suedzucker issued a profit warning this week.

The two sources, who declined to be identified because the discussions are private, said Bunge targeted a value for the unit, excluding debt, of around $75 million, which suitors deemed too high for what was on offer. One said if Bunge could not find a buyer, it would have to wind down the operation.

The lack of appetite for sugar assets and tough market conditions could also complicate separate plans by Bunge to divest its larger Brazilian sugar-milling business via a flotation, according to the same source. The business is expected to be valued at between $1 billion and $2 billion.

“The IPO of the sugar mills also seems unlikely as in this market environment, it would be difficult to find investors ready to support it,” said the source. “Bunge had been trying to sell the mills and the trading unit at the same time, but the price expectations were a stumbling block.”

DIVERGING PATHS
Narrowing margins for sugar and other food commodities like grains in recent years have squeezed the finances of Archer Daniels Midland (ADM), Bunge, Cargill [CARG.UL] and Louis Dreyfus [AKIRAU.UL] – dubbed the “ABCDs” of the agricultural world because of their initials.

They have responded to the tough sugar market conditions in different ways.

Bunge has sought the exits. Its sugar and bioenergy divisions, which have been bundled together in financial results, posted a loss of $8 million in the fourth quarter versus a profit of $30 million a year before.

“We’ve been struggling over the last year to generate enough gross margin to cover our cost,” CEO Schroder said last month. “We simply decided that it was time to really focus on what’s core to us, which is agribusiness, foods, grains and oilseeds and get on with it in a good way.”

Morningstar Equity Research analysts said Bunge’s expansion in sugar over the past decade, including the acquisition of five Brazilian sugar mills in 2010, had been ill-advised. “Bunge’s sugar business has suffered chronically,” it said in a report last month. “This has been a disappointing endeavor.”

ADM took a similar path, but did so earlier; it wound down its global sugar trading unit in 2015.

Cargill, meanwhile, has looked to scale. It teamed up with Brazilian player Copersucar in 2014 to form joint venture Alvean, the world’s largest sugar trader.

Louis Dreyfus has been restructuring its Brazilian sugar subsidiary Biosev after years of losses and faces the prospect of investing $1 billion in a capital increase at the unit. Reporting 2017 results last week, Dreyfus said its overall sugar business had experienced a “difficult” year.

All of the companies have also been investing in higher-margin businesses, such as food ingredients, to make up for the slump in trading and processing operations.

TAKEOVER TARGET
One of the two sources, plus a third source, said any sale of Bunge itself could be also be affected by the sugar business, which is considered non-core to potential buyers.

Bunge has been the center of takeover rumors for almost a year, with the reports of approaches from ADM and Glencore.

A fourth source close to Glencore said the group was not interested in Bunge’s sugar interests.

“The fertilizer and sugar divisions will continue to be a drag on earnings and valuations remain expensive. Moreover, structural changes to the grain-trading sector in the form of new entrants will constrain long-term earnings,” Cole Martin, commodities analyst with BMI Research, said in a report.

“The acute outlook for the sector is, indeed, so weak that horizontal M&A activity (for Bunge) is being actively discussed.”