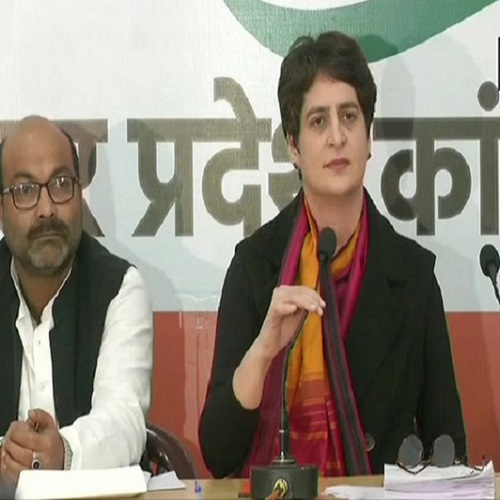 “The BJP government has waived off Rs 8 lakh crore loan of Modi Ji’s capitalist friends. Why is the government, which used to claim that they will reveal the names of people who have hoarded black money, hiding the names of these people? By what process were their loans waived off?” read the tweet (roughly translated from Hindi) posted by Priyanka Gandhi.
The senior Congress leader also posted a link to a news report along with the tweet.

“When the farmers of our country are burdened with debt, under what policy did the BJP waive off the debts of its rich friends? The government cannot avoid these questions,” she said in another tweet.

Congress party had on Saturday alleged that the BJP led Central government has waived off loans of influential persons to the tune of almost Rs 8 lakh crores.