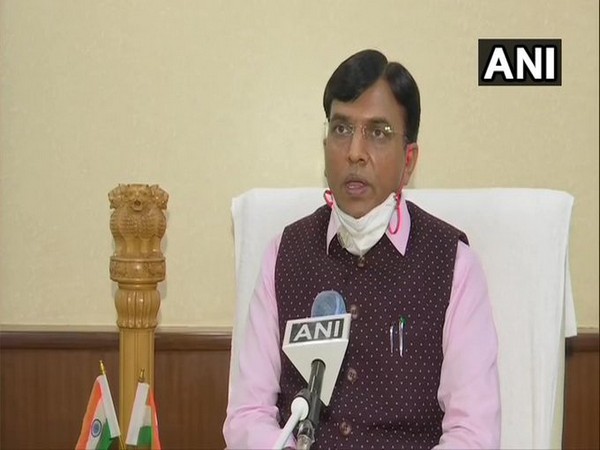 New Delhi [India], June 11 (ANI): Union Minister of State for Chemicals and Fertilizers, Mansukh Mandaviya said that the production of Hydroxychloroquine is more than the requirement in India, hence the government has lifted export restrictions on it.

“When the COVID crisis started we had two units making Hydroxychloroquine, now we have 12 and production is more than the requirement. Hence, the Government of India lifted export restrictions on it. Manufacturers have to sell 20 per cent in domestic market, the rest can be exported,” Mandaviya told ANI.

He shared that Hydroxychloroquine was banned when nationwide lockdown was announced earlier as at that time only two manufacturing units were producing 50 lakh tablets daily.

But today, 12 manufacturing units in the country are producing 1.5 crore tablets daily, he added.

“In such a situation, the Government of India has decided to lift the ban on Hydroxychloroquine, its APIs and formulations. All have to be sold 20 per cent in domestic market so that there is no shortage of medicine in the country,” Mandaviya stated and added that additional production can be exported in the global market.

Union Minister Sadananda Gowda had on Wednesday tweeted, “Department of Pharmaceuticals has approved the lifting of ban on Export of Hydroxychloroquine API as well as formulations. Manufacturers except SEZ/EOU Units have to supply 20 per cent production in the domestic market. DGFT has been asked to issue formal notification in this regard.” (ANI)