Home English Business News PSEs back to 90 per cent of their production capacity: Prakash Javadekar 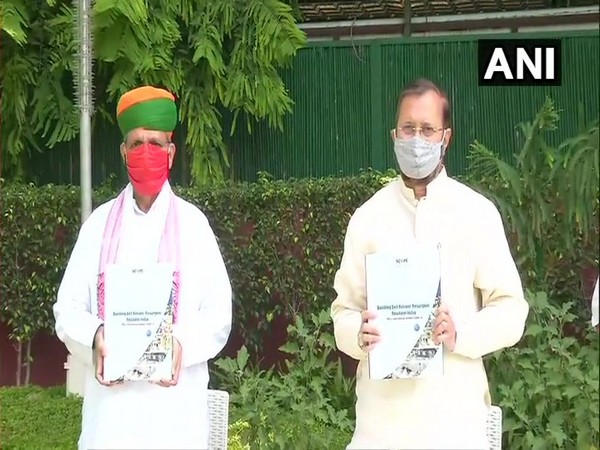 New Delhi [India], September 30 (ANI): The central public sector enterprises (PSEs) have got back to 90 per cent of their production capacity, Union Minister Prakash Javadekar said on Wednesday, while releasing a compendium on the contribution of the PSEs amidst COVID-19.

“The central public sector enterprises are the pride of India as they have done a laudable job even during the COVID-19 pandemic,” said the Union minister for environment, forest and climate change who also holds the heavy industries and public enterprise portfolio.
Lauding efforts of the PSEs, he said the electricity supply was at 99 per cent during the COVID-19 lockdown, while petrol pumps remained open.

The compendium, ‘Building Self Reliant, Resurgent, Resilient India’, stated that the production and distribution of electricity continued during the pandemic.

“Around 71 crore LPG cylinders were supplied to the people; oil marketing companies gave 21 crore free refills to consumers for a period of three months from April to June with the financial assistance of Rs 13,000 crore,” the minister said.

He added the transportation of goods was nearly 100 per cent. “As much as 33 million tonnes of food grain was transported,” said Javadekar.

He added the central PSE’s also gave medical assistance by providing nearly 11,000 beds in 201 hospitals across the country.

He also congratulated Arjun Ram Meghwal, Union Minister of State for Parliamentary Affairs and Heavy Industries and Public Enterprises, who was present during the release. (ANI)