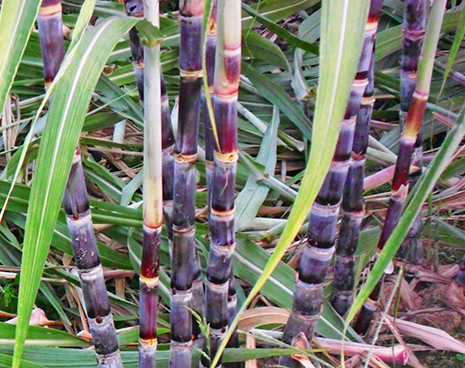 Facing heat over protest by the cane growers, Punjab government Wednesday agreed to pay Rs 25 per quintal, out of Rs 310 per quintal of payment, to sugarcane growers.
The government also announced to release Rs 65 crore in order to partly clear outstanding dues of farmers.

Following this decision, which was taken during a meeting between Chief Minister Amarinder Singh and private sugarmills here, protesting farmers in Phagwara called off their over 24-hour long protest.

Cane growers, who were demanding start of cane crushing and payment of arrears, had blocked Delhi-Jalandhar national highway on Tuesday, disrupting traffic movement and causing inconvenience to commuters.

The state government has decided to pay Rs 25 per quintal directly to the sugarcane farmers, while also announcing immediate release of Rs 65 crore towards the interest on loans taken by private sugar mill owners to clear pending dues of farmers, said an official spokesman Wednesday.

The CM announced that the state government will pay Rs 25 per quintal on sugarcane to the farmers directly out of the state advised price (SAP) of Rs 310 per quintal, while remaining Rs 285 per quintal would be paid to them by the private sugar mills, spokesman said.
Claiming that it was unviable to run mills, seven private sugarmills had refused to operate their units, forcing cane growers to launch protest at several places in Doaba and Majha region.

Mill owners had been demanding that the state government should bear Rs 35 per quintal, a difference between fair remunerative price of Rs 275 per quintal and state advised price of Rs 310 per quintal.

The chief minister also asked the private sugar mills to immediately start the crushing operations, which have already been delayed by over a fortnight.
Singh Wednesday intervened into the matter and held a meeting with private sugarmill owners to resolve the issue as farmers held protests at several places, including Phagwara, Mukerian and Dasuya, on Tuesday over delay in cane crushing and non-payment of arrears.
The meeting took place a day after senior Congress leader and MP Partap Singh Bajwa threatened to join the protest of cane growers against the state government, if it failed to ensure start of cane crushing.

Opposition Akali Dal and AAP had also lashed out at Congress government for its “apathetic attitude” towards demands of cane growers.
In line with the commitment made by the state government in 2015 to bear the interest on the loan of Rs 200 crore taken by the private sugar mills to clear the payment of farmers for the 2015-16 crushing season, the CM announced that the state government will immediately release the accumulated interest, amounting to nearly Rs 65 crore, directly to the farmers to partly clear dues of Rs 192 crore pending with the private mill owners.
The private mill owners assured the CM that the balance amount due to the farmers for the crushing season 2017-18, amounting to around Rs 125 crore, will be paid by them at the earliest.

Meanwhile, Punjab Private Sugarmills Association president Jarnail Singh Wahid said the financial loss of private sugarmills will reduce by about Rs 150 crore with the payment of Rs 25 per quintal by the state government.
Private sugarmills, which crush about 70 per cent of total cane, claimed that mills were suffering a total loss of about Rs 450 crore at present, while blaming higher SAP and lower sugar prices.
Wahid said it will take about five to seven days to start cane crushing.
Meanwhile, earlier in the day at Phagwara in Kapurthala district, the traffic movement on Delhi-Jalandhar national highway (NH-I) remained disrupted because of the blockade by farmers.

Commuters were harried because of farmers’ blockade as road traffic was diverted through other routes by the concerned authorities.
Protesting cane growers spent the night under a tent put up on the national highway. Heavy police force was deployed near the protest site.
Farmers had been demanding start of cane crushing operations by private sugarmills, payments of Rs 400 crore of arrears and enhanced payment of sugarcane.
At Bhogpur in Jalandhar, SAD held a protest in support of cane growers. Addressing gathering, Shiromani Akali Dal president Sukhbir Singh Badal said cases should be registered against all government officials who had denied dues to sugarcane farmers.