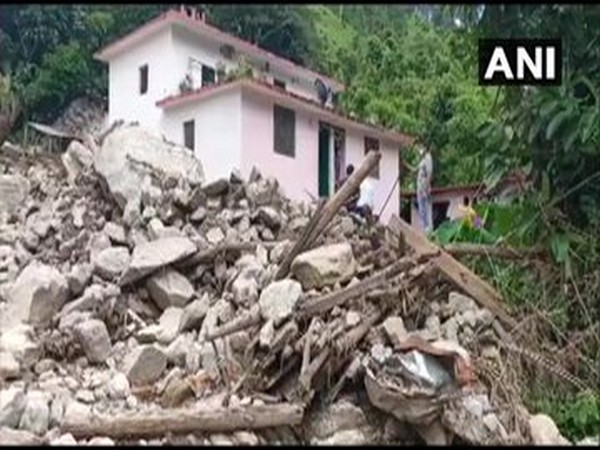 Dharchula (Uttarakhand) [India], Aug 28 (ANI): Residents of Banga Pani tehsil in Uttrakhand’s Dharchula district, where several houses were damaged due to rainfall in July and August have requested the local administration to allow them to look for their personal belongings that are still under the debris and in their damaged houses.

The debris of the damaged houses has blocked the roads here, creating more problems for the locals to move from one place to another.

“There was extensive damage due to rainfall. We had made it a priority to keep people safe, then save their properties and clear blocked roads,” said Anil Kumar Shukla, Sub-Divisional Magistrate (SDM) Dharchula.

“Work has almost been completed. People want to retrieve properties from damaged houses. We are seeing that it is done with machines’ help,” he added.

Due to incessant rains in the area, many houses have come under threat here following which the administration has instructed the residents here to move to a safer place.

Arrangements have been made for the people to stay in a government inter college.

“My house has been damaged, I don’t know where should I go now. Our belongings were kept all inside the house We would request the government to find a safer place for us to shift,” said Devendra Singh, a resident.

Another resident asserted that the locals here have been suffering losses for the past one month now. However, the government has not provided much assistance so far.

On the other hand, the water supply tank of the Dharchula Army has also come under threat amid the incessant rains. All departments have been alerted in terms of any disaster or emergency situation. (ANI)