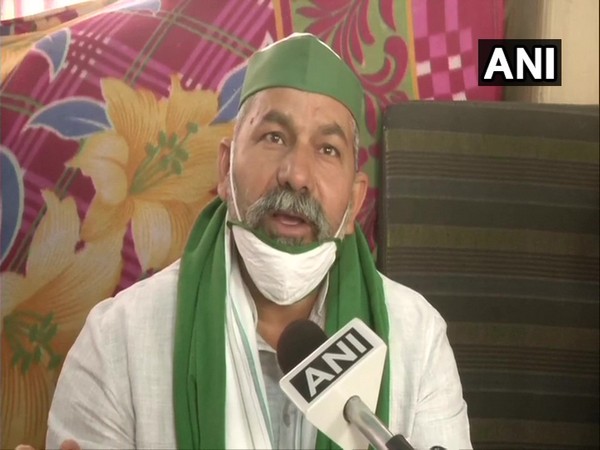 New Delhi [India], April 22 (ANI): Bharatiya Kisan Union (BKU) leader Rakesh Tikait on Thursday said that the return of the farmers to the home will not happen until the three agriculture laws are withdrawn. He reiterated that protest sites were now farmers’ homes.

While replying to the allegations that the coronavirus is increasing due to being in the group of farmers, Tikait said, “Farmers are at their home. Where else will we ask them to go? Is Corona spreading from here? We have been living here for the last five months, it’s our home now.”
Tikait also said that many farmers are struggling to get the second dose of the COVID vaccine.

“Many farmers took vaccine but are struggling to get the 2nd dose. We have told officers to set up camp here,” he added.

He also refuted the allegation that farmers violated COVID-19 protocols at Iftar. Reacting to the viral video, Tikait mentioned, “People were sitting at a distance from each other. The gathering of 50 people is permitted by the government. There were 22-35 people. Nobody met with each other, no one shook hands.”

Thousands of farmers have been protesting at Delhi borders – Singhu, Tikri, and Ghazipur – against the new farm laws which have been place on hold by the Supreme Court. (ANI)