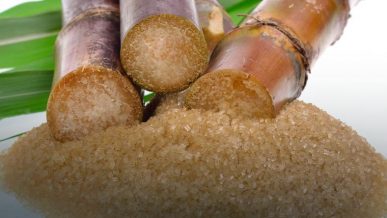 October raw sugar settled up 0.21 cent, or 1.9 percent, at 11.01 cents per lb, after climbing to a one-month top at 11.03 cents. The spot contract closed the week up 3.9 percent, its third straight weekly rise. The total open interest fell a steep 18,632 lots on Thursday to 975,394 lots, the 10th straight drop. Dealers said constructive chart formations following the rebound above last month’s 10-year low prompted funds to scale back a large net short position. The prospect of lower production in Brazil and the European Union had helped to support prices although there remained concern about global oversupply. The scope for prices to rise significantly remained capped, however, by potential exports from India, traders said.
December white sugar settled up $2.40, or 0.7 percent, at $331.90 per tonne. It closed the week up 2.6 percent.
The October contract

ChiniMandi - Thursday, 29 July 2021
The Sugar Millers from Pakistan have opposed the government’s move to control the increased sugar prices and demand that the government should allow them to do business without any restriction as per the Constitution.

Sanjivani sugar factory will not be shut down permanently: Deputy CM Kavlekar