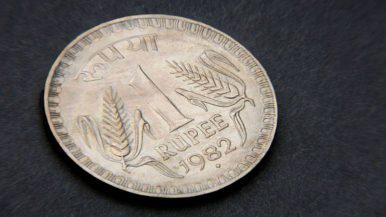 Mumbai, Aug 30 (PTI) Continuing its free-fall, the rupee today weakened by another 23 paise against the dollar to trade at a life-time low of 70.82 on strong month-end demand for the US currency amid sustained foreign fund outflows.

At the Interbank Foreign Exchange (Forex) market, the local currency opened a tad higher at 70.57 a dollar from its previous close of 70.59 but slipped to hit a fresh low of 70.82, down by 23 paise.

Furthermore, the dollar strength against its rival currencies overseas too put pressure on the rupee, they said.

The rupee had recorded a steep fall of 49 paise, to close at record low of 70.59 against the dollar in the previous session.