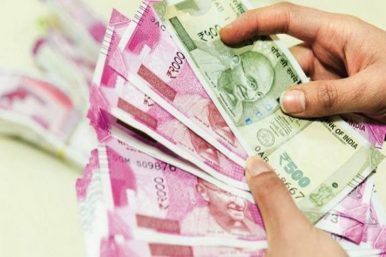 Mumbai, Sep 14 (PTI) Continuing its recovery, the rupee Friday strengthened by 50 paise to 71.68 against the dollar in early trade in the forex market on the government’s assurance that all steps would be taken to ensure the domestic currency does not depreciate to unreasonable levels.

Besides, dollar selling by exporters and banks, the greenback’s weakness against other currencies overseas, helped the domestic currency recover, forex dealers said.

They said a higher opening in the equity market and positive macro data released on Wednesday also supported the rupee’s recovery, they added.

Industrial production grew at 6.6 per cent in July and retail inflation cooled to a 10-month low of 3.69 per cent in August, according to the data released by Central Statistics Office.

The rupee on Wednesday rebounded from the historic low of 72.91 to end higher by 51 paise at 72.18 against the dollar.

The forex market was closed Thursday on account of Ganesh Chaturthi.