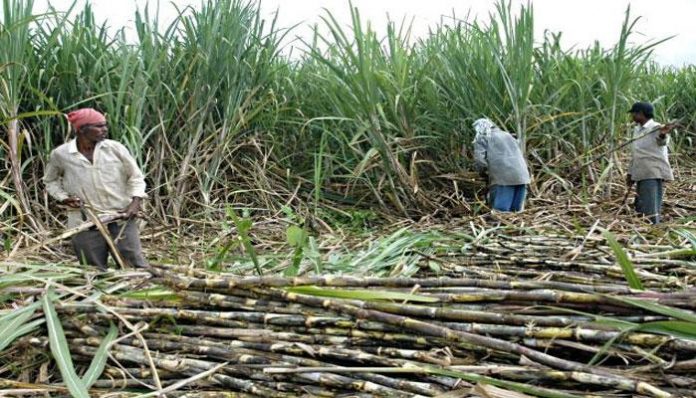 Sugarcane had never tasted so bitter for the BJP, following its defeat in Uttar Pradesh’s Kairana bypoll. For the saffron party, it was a troublesome manifestation of the anger the farm sector has been harbouring against the ruling dispensation for too long. The Centre’s Rs 8,000-crore relief package to cane growers during a record bumper crop will, no doubt, offer a temporary, but much-desired reprieve to cultivators. The three-part package includes the creation of a buffer stock of 30 LMT (lakh metric tonnes), boosting the production of ethanol, and ensuring a minimum sale price of Rs 29 per kg. With 2019 Lok Sabha elections knocking on the doors, the BJP needs to focus on rural distress. A prolonged agricultural crisis can prove to be its nemesis, and the Kairana results have articulated those apprehensions.

However, the latest slew of measures requires long-term sustainability as newer strains of the crop, some of which have already proven to be drought-resistant, will boost productivity and encourage growth in net acreage. India is the largest sugarcane producing country in the world, devoting more and more land for a cash crop whose uncertain dividends haven’t been a deterrent. In August 2017 alone, an extra 4.07 lakh hectares were added to the previous year’s 6.33 lakh hectares. Concurrently, the glut in production over the last few years have thrown farmers and mill owners into a financial crisis.

Since mills have been unable to pay arrears to farmers, their debt in the 2017-18 season had crossed Rs 23,000 crore across the country, with UP accounting for almost a half. This is a recurrent feature in Indian agriculture. In extreme scenarios — a drought or record output — it is the farmer who ends up paying the steepest price since the Centre and states’ interventions are mostly knee-jerk. It’s common knowledge that bailout packages merely put a lid over the cauldron of repressed anger. As legacy issues piled up, farmers’ protests intensified since 2017.

The Rashtriya Kisan Mahasangh’s 10-day ‘Gaon Bandh’ campaign — demanding farm loan waivers and an increase in minimum support prices — is a harbinger of a much bigger storm. A deep disenchantment, originating from a strong sense of betrayal, won’t spare the towns and cities. Every time food prices hit the roof, urban India wakes up to realise why agriculture needs to be accorded the highest priority. This time, too, a skin-deep realisation is in the offing. The government has to go back to the basics to realise the roots of a chronic problem. When the fruits of labour aren’t adequately compensated, there are bound to be repercussions.

If the government finds the MS Swaminathan committee’s recommendations on Minimum Support Price faulty or untenable, it has to devise its own formula, keeping in mind what truly benefits the farm sector. The states have to launch their own initiatives to come up with agricultural models specific to the soil and weather conditions of the region. The writing is on the wall: farmers can no longer be ignored.