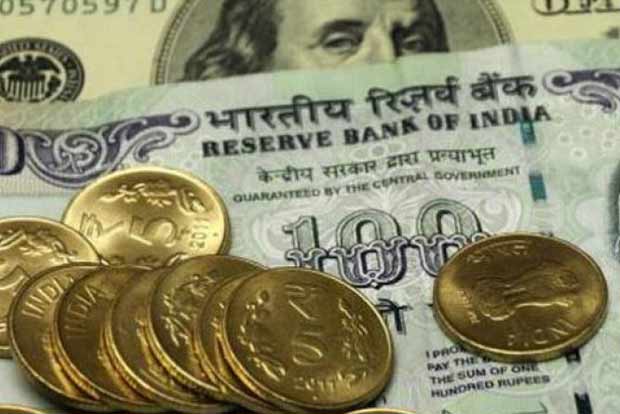 The rupee today appreciated further by 15 paise against the US dollar to close at 68.72 on sustained dollar selling by exporters and banks amid a stellar rally in local equities and losses in the greenback.
Heavy unwinding of long dollar positions built by speculative traders on the back of extreme weak overseas sentiment predominantly buoyed the home currency, a forex dealer said.
Initially, the rupee extended Friday’s rebound to hit a near one-week high before relinquishing early strong gains even as hedgers rushed to short. The rupee had recovered by 8 paise on Friday from all-time closing low of 68.95 on July 5.
Maintaining its recovery trend, the domestic unit resumed sharply higher at 68.57 against previous close of 68.87 at the Interbank Foreign Exchange (forex) market.
However, the domestic currency was unable to capitalise on strong early gains and gradually gave up towards the fag-end trade to hit a session low of 68.80 before ending at 68.72, showing a gain of 15 paise, or 0.22 per cent.
Traders were cautious ahead of release of consumer price inflation (CPI) and Index of Industrial production data this week, a dealer said.
The RBI, meanwhile, fixed the reference rate for the dollar at 68.7545 and for the euro at 80.4771.
The US dollar was trading near three-and-a-half weeks low against its rivals after a mixed US jobs report triggered investors’ selling. The dollar index was down 0.16 per cent at 93.81.
Most Asian currencies also rose against the greenback.
On the energy front, global crude prices traded little changed as an increase in US drilling likely to increase shale production, balanced evidence of tightening supply. Brent crude was up at USD 77.72 a barrel in Asian trade.
In contrast, the domestic bond market succumbed to fresh selling pressure and the 10-year benchmark yield edged up to 7.89 per cent from 7.87 per cent.
The benchmark BSE Sensex rose by around 277 points or 0.78 per cent to close at a five-month high of 35,934.72 even as FIIs sold equities worth Rs 569 crore on net basis.
In the cross currency trade, the rupee bounced back against the euro to settle at 80.53 from 80.69 and also edged higher against the Japanese yen to finish at 62.24 per 100 yens as compared to 62.27 last weekend.
The local unit, however, remained under pressure against the pound sterling to close at 91.70 per pound from 91.13 earlier.
In forward market today, premium for continued to
slide due to consistent receiving from exporters.
In forward market today, the benchmark six-month
forward premium payable in November eased to 115-117 paise
from 116.50-118.50 paise and the far-forward May 2019 contract
moved down to 263.25-265.25 paise from 265-267 paise last
Friday.