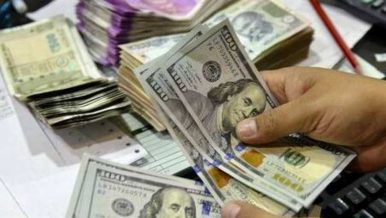 Mumbai, Sep 21 (PTI) Continuing its uptrend, the rupee firmed by another 53 paise to trade at over a two-week high of 71.84 against the US dollar in early trade Friday at the Interbank Foreign Exchange on increased selling of the American currency by exporters and banks.
Besides, the dollar’s weakness against some currencies overseas on easing trade war concerns and a higher opening of the domestic equity market supported the rupee, forex dealers said.
On Wednesday, the rupee had gained 61 paise, notching up its best single-day gain since March 2017 to close at 72.37 against the US currency supported by heavy dollar selling by banks and weakness in the greenback in global markets.
Meanwhile, the benchmark BSE Sensex recovered by 231.40 points, or 0.62 per cent, to 37,352.62 in morning trade.