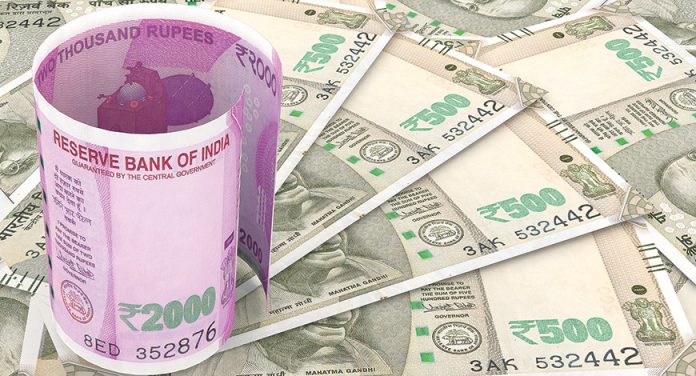 Forex: The gusty rupee went into a tailspin and suffered one of its worst stretches in history – crashing mercilessly to breach the key psychological 70-mark to end at a life-time low of 70.15 against the resurgent US dollar.

The Indian unit collapsed to a life-time low of 70.40, triggering currency market intervention by the central bank to defend the beleaguered rupee.

Panic and capitulation overshadowed trading sentiment as traders and speculators saw no signs that monetary authorities would step into the foreign exchange market to support the domestic unit.

The home currency had stamped its biggest one-day fall in five years on Monday.

Currency and financial markets worldwide were swept in the turmoil gripping over Turkey’s currency crisis following an intensifying trade dispute with US president Donald Trump, fuelling fears of a deepening financial crisis in Turkey.

The Indian currency has lost 10.5 per cent of its value this year so far against the backdrop of India’s ballooning fiscal deficit and surging crude prices and mounting worries surrounding the US-China trade conflicts.

The rupee also took a sharp reversal against the Euro, British pound and Japanese yen.

Meanwhile, country’s forex reserves have declined by USD 25.147 billion between April 13 and August 10, with the rupee on a downward spiral since the beginning of the year forcing the Reserve Bank to sell dollars to defend the local currency.

The forex reserves plunged to a low of USD 400.88 billion in the week to August 10, losing a whopping USD 1.822 billion within a week, according to the latest to RBI data.

Earlier this week, the rupee opened with a gap-down at 69.47 from the weekend close of 68.83 at the inter-bank foreign exchange (forex) market.

Hammered by heavy dollar demand, the domestic currency pierced through the 70-mark to hit a life-time low of 70.40 before ending at a historic low of 70.15, revealing a sharp loss of of 132 paise, or 1.92 per cent.

On the energy front, crude prices edged higher, though posted yet another weekly decline on worries that oversupply would weigh on the U.S. market and that trade disputes and slowing global economic growth would slow demand for oil.

The Brent crude futures tumbled over 1 per cent to USD 72.95 per barrel.

Globally, the US dollar fell against a basket of peers on Friday amid lower demand for the safe-haven greenback, as traders hoped next week’s trade talks between the US and China would ease tensions between the two countries.

A plunge by the Turkish lira and concerns over China’s economic health hit emerging market currencies this week, boosting the dollar.

The euro rebounded from a more than 13-month low touched earlier this week against the dollar on easing worries over the fallout from the Turkish lira.

The dollar index, which measures the greenback’s value against a basket of six major currencies softened to 96 from 96.19.