Home All News Rupee Bounces To 1-week High As US Dollar Sags, Eye On RBI... 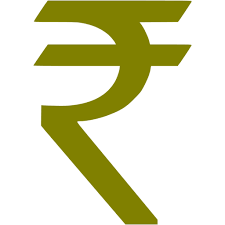 The rupee staged a smart rebound to end at a fresh one-week high of 68.65 against the US currency on bouts of dollar selling by exporters and corporates even as stocks continued their bullish ascent. Reversing its brief fall, the home currency regained
19 paise during the week. The domestic unit oscillated between a high of 68.53 and a low of 69.08.

A significant bullish breakout in the domestic stock markets coupled with positive trade-related headlines provided an additional boost and largely weighed on the trading front. Forex sentiment witnessed a revival of enthusiasm as currency traders took comfort in the encouraging meeting outcome after US President Donald Trump obtained concessions from the European Union to avert a transatlantic trade war.

However, the greenback’s gains against some currencies overseas and dollar buying by importers, mainly oil refiners
to meet their month-end requirements kept rupee under little pressure and capped the rise amid some caution ahead of the much-awaited two-day RBI policy meet next week. The Indian currency had plunged to its life-time low
of 69.13 a dollar last week.

Earlier this week, the rupee resumed higher at 68.70 from weekend finish of 68.84 at the inter-bank foreign exchange (forex) market.
However, it eventually lost ground and breached the key 69-mark to hit a low of 69.08 in the midst of good dollar demand before taking a strong reversal.

The escalating US-China trade tension entered a new phase amid Yuan depreciation even as China announced a package of policies to spur domestic growth. In the meantime, country’s forex reserves increased by USD 67.7 million to USD 405.143 billion for the week ended
July 20, RBI data showed.

On the energy front, crude prices drifted lower largely weighed down by a drop in the U.S. equities market despite strong macro data, but Brent still marked a weekly increase supported by easing trade tensions and a temporary shutdown by Saudi Arabia of a key crude oil shipping lane.

Brent crude futures fell 25 cents to settle at USD 74.29 a barrel, but notched a 1.8 percent weekly increase, its
first increase in four weeks. Globally, the US dollar slipped against a basket of currencies on Friday as data showing the U.S. economy expanded at its fastest rate in nearly four years failed to erase worries that trade frictions would be a drag in the second
half of 2018.

Gross domestic product registered a seasonally- adjusted annual rate of 4.1 per cent growth in the second quarter, underlining the case for the Federal Reserve to gradually increase interest rates. The dollar index, which measures the greenback’s value against a basket of six major currencies ended at 94.47.

Elsewhere, the euro stabilized after its biggest one-day loss in a month following the ECB’s decision to keep rates unchanged and reiterating its plan to slowly end its accommodative monetary policy.