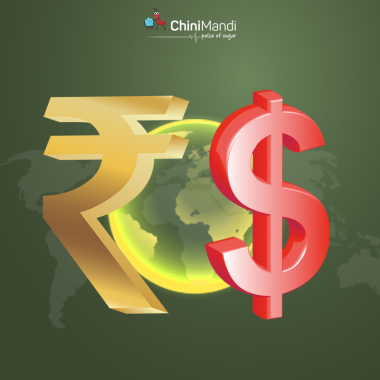 Mumbai, Nov 12 (PTI) The rupee Monday dropped by 39 paise to settle at 72.89 against the US currency as oil prices rebounded after Saudi Arabia announced plans to cut production and the dollar strengthened in global markets.
The rupee opened lower at 72.74 and fell further by 57 paise to the day’s low of 73.07 as crude oil prices surged over 1 per cent to reclaim USD 71 per barrel level, cutting short its 10-day selling trend.
The rupee finally settled at 72.89 per dollar, showing a loss of 39 paise or 0.54 per cent over the last close.
Increased dollar demand from importers amid firming global crude oil prices and a strong dollar weighed on the rupee sentiment, a currency dealer said.
International benchmark Brent crude was trading higher by 2.04 per cent at USD 71.61 per barrel.
Saudi Arabia announced plans to cut production by 500,000 barrels per day from December and called for a global output cut of one million barrels per day to support oil price.
The dollar also rose to an 18-month high against its global peers after the British pound tumbled nearly 1 per cent due to growing worries about the Brexit deal with EU.
Domestic stock markets also tumbled on worries about resurging oil prices and caution ahead of the release of key macroeconomic data.