Home All News Rupee Drops 29 Paise To 72.49 Against US Dollar 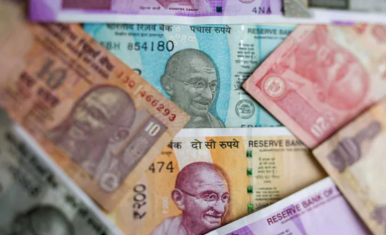 Mumbai, Sep 24 (PTI) The rupee fell sharply by 29 paise to 72.49 against the dollar Monday as the greenback strengthened overseas.

Forex dealers said the greenback’s strength against other currencies overseas, after reports that China had cancelled upcoming trade talks with the US, weighed on the Indian rupee.

They said losses in domestic equities in volatile early trade also put pressure on the rupee.

The domestic unit had ended 17 paise higher at 72.20 against the dollar Friday on sustained selling of the American currency even as local equities witnessed a high volatility.