Home All News Rupee Furthers Gains, Up 5 Paise At 68.63 A Dollar 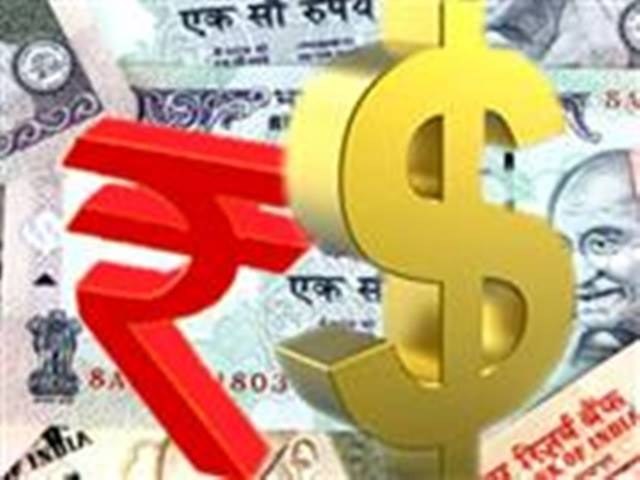 The rupee today further consolidated its gains by 5 paise to end at 68.63 against the US currency, extending its recovery momentum for the second-straight day as the dollar weakened on worsening US-China trade war.
A record-setting rally in domestic equities too weighed on the forex trading front.
The rupee confined in a narrow range of 68.57 and 68.71 most part of the day.
Though, the local currency gave back some of its early strong gains following renewed dollar demand from state-run oil marketing companies (OMCs).
The vertiginous ascent in the Indian stock market showed no signs of slowing down with the key benchmark indices ending at fresh life-time highs powered by a rally in frontline heavyweights amid earnings optimism.
The BSE Sensex vaulted 221.76 points to close at 37,887.56, while the broader NSE Nifty advanced 60.55 points to finish above the 11,400-mark for the first time.

On the energy front, crude prices retreated after a brief overnight surge after China reported relatively weak import data, though the market remained well supported by falling US crude inventories and the introduction of sanctions against Iran.
The Benchmark brent for September settlement is trading weak at USD 74.45 a barrel in early Asian session.
In the meantime, IMF said India’s growth to rise to 7.3 per cent in FY2018/19 and 7.5 per cent in FY2019/20, on strengthening investment and robust private consumption.

Meanwhile, fears of a full-blown trade war between the world’s two biggest economies are set to intensify after the Trump administration announced another round of tariffs on Chinese products on Tuesday.
Earlier, the rupee opened a tad higher at 68.66 from Tuesday’s close of 68.68 at the Interbank Foreign Exchange (forex) market on sustained dollar selling by exporters and bank.
It later strengthened to hit a session high of 68.57 in mid-morning deals, but eventually halted the sharp upmove and settled at 68.63, showing a gain of 5 paise, or 0.07 per cent.

Overnight, the domestic currency had appreciated by sharp 20 paise against the US dollar.
The Financial Benchmarks India private limited (FBIL), meanwhile, fixed the reference rate for the dollar at 68.6465 and for the euro at 79.7169.
The bond markets, however, staged a strong rebound and the 10-year benchmark bond yield softened to 7.78 per cent.

Globally, the US dollar edged lower against a currency basket on Wednesday.
Against a basket of other currencies, the dollar index is trading higher at 95.23.
In the cross currency trade, the rupee continued to rally against the pound sterling to finish at 88.30 per pound from 89.00 and the euro bounced back against the euro to end at 79.58 as compared to 79.60 earlier.
The Japanese yen, however, settled unchanged at 61.80 per 100.

Elsewhere, the pound sterling was pounded to fresh 11-month low by the dollar and most of its major counterparts as fears heightened over the UK exiting the European Union without a trade deal in place and ahead of Fridays second quarter UK GDP report.
The euro is trading flat against the greenback, off 2018 low it approached recently amid sluggish eurozone macro-economic reports.
In forward market today, premium for dollar edged down due to sustained receiving from exporters.
The benchmark six-month forward premium payable in December softened to 116-118 paise from 117.25-119.25 paise and the far-forward June 2019 contract eased to 264.50-266.50 paise from 265-267 paise yesterday.