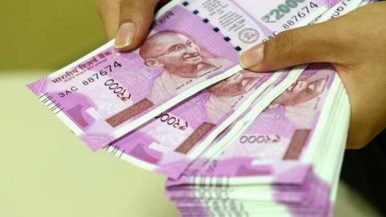 Mumbai, Sep 10 (PTI) The rupee on Monday slumped to a fresh record low of 72.18 by falling 45 paise against the US dollar on strong demand for the US currency from importers as the greenback strengthened against other currencies overseas on upbeat jobs data.

Furthermore, the dollar strength against its rival currencies overseas amid fears of a possible escalation in the US-China trade conflict too put pressure on the rupee, they said.

The rupee on Friday staged a turnaround to close higher by 26 paise at 71.73 after heavy intervention by the Reserve Bank of India.