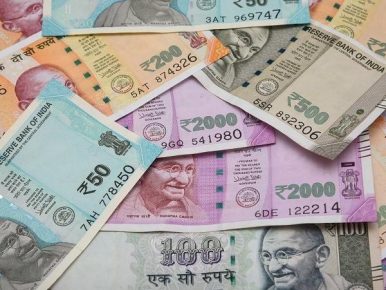 Mumbai, Oct 3 (PTI) The Indian rupee Wednesday crashed below the 73 mark against the dollar for the first time ever on strong demand for the American currency from importers amid rising global oil prices and unabated capital outflows.

At the Interbank Foreign Exchange (forex) market, the domestic currency dropped 43 paise to 73.34 against the US dollar in the early trade.

The rupee opened lower at 73.26 and weakened further to quote at 73.34 a dollar against its previous closing of 72.91 Monday.

The rupee Monday tumbled 43 paise to end at a two-week low of 72.91 against the US dollar on steady capital outflows.

Forex dealers said besides strong demand for the American currency from importers, concerns of fears of rising fiscal deficit and capital outflows mainly weighed on the domestic currency.