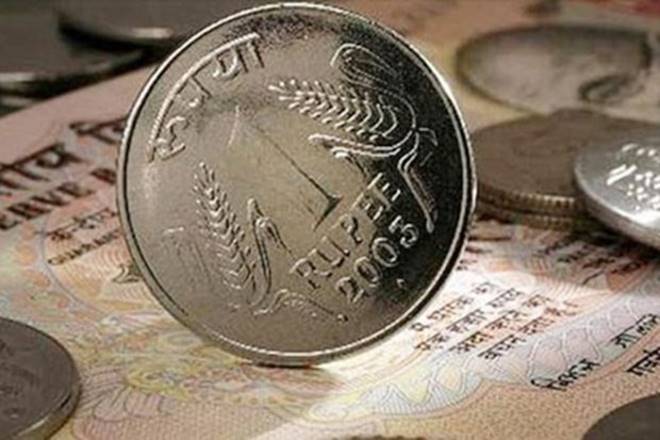 Continued strengthening of the US dollar, lack of foreign investment inflows and concerns over
rising oil prices are likely to keep the rupee under pressure and push it down to the 70 mark this week, said bankers.
They added 69.30 remains a crucial level for the domestic currency, which if breached, could further plumb down
to the 70 mark against the dollar. The Reserve Bank of India (RBI), however, will not be comfortable with the currency touching 70 and would strongly defend the same, according to them.

The rupee had touched an all-time low of 69.10 against the dollar on June 28. It closed at a lifetime low 68.95 on Thursday and 68.87 on Friday. “Concerns over widening current account deficit due to higher crude prices and demand for dollar from oil companies and general importers is impacting the rupee. It may briefly touch the 70 mark this week but would not remain there,” said
a senior bank official. Those companies who have to repay their external commercial borrowing (ECB) debt are also stocking up the US
currency, a bank treasurer said. “The RBI won’t allow the rupee to fall below 69.30. If it breaches this level, the rupee will touch the 70 level in no time,” said another banker.

The apex bank has always stated that it does not target any level of the domestic currency but intervenes in the foreign exchange (forex) market to check its volatility. The forex reserves at USD 406.058 billion as of June 29, gives RBI enough comfort to intervene in the forex market. Analysts said trade war between China and the US is putting pressure on all the Asian currencies, but rupee is the
worst hit so far.

Foreign portfolio inflows into the domestic equity market has also come down due to the worries over US-China trade war, said another banker. According to a report by Bank of America Merrill Lynch (BofAML), RBI rate hikes often hurt the rupee. The rupee has depreciated 1.9 per cent since the RBI’s June 6 repo rate hike, with USD 2 billion of FPI outflows, it had said in the report.
The brokerage said delay in FPI flows till, say December, may drive the rupee beyond 70 against the dollar and the RBI may issue NRI bonds.

“We think the RBI may issue NRI bonds to raise USD 30-35 billion to comfort the forex market, if FPI flows do not revive by the December quarter,” BofAML had said.If lack of FPI flows force the central bank to sell USD 20 billion, it would have to do open market operations
(OMOs) worth USD 50 billion to contain lending rate hikes, the report had said.