Home All News Rupee Recovers 29 Paise To 72.60 Against Dollar In Early Trade 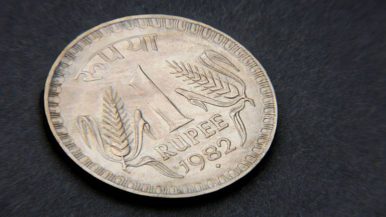 Mumbai, Nov 13 (PTI) The rupee recovered by 29 paise to 72.60 against the US currency in early trade Tuesday, owing to easing global crude oil prices and better-than-expected macroeconomic data on the domestic front.

Besides, fund inflows by foreign investors and the US dollar’s weakness against some currencies overseas also supported the domestic unit, dealers said.

At the Interbank forex market, the rupee opened with strength at 72.81 and advanced to 72.60 against the dollar, showing a rise of 29 paise over its previous close of 72.89.

Retail inflation fell to a one-year low of 3.31 percent in October on the back of cheaper kitchen staples, fruits, and protein-rich items, official data released Monday showed.

Industrial production grew at the slowest pace in four months at 4.5 percent in September mainly due to the poor performance of the mining sector and lower offtake of capital goods.

The industrial production measured in terms of Index of Industrial Production (IIP) was 4.1 percent in September 2017.

Meanwhile, the international benchmark, Brent crude slipped below the USD 70-mark by falling 0.84 percent, to USD 69.53 a barrel in Asian trade Tuesday.

Monday, the rupee dropped by 39 paise to settle at 72.89 against the US currency as oil prices rebounded after Saudi Arabia announced plans to cut production and the dollar strengthened in global markets.