Home All News Rupee Recovers From Life-Time Low, Up 20 Paise Against US Dollar 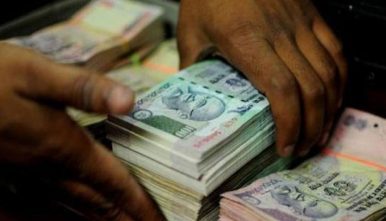 Mumbai, Sep 5 (PTI) The rupee recovered from its all-time low of 71.58 and strengthened by 20 paise to 71.38 against the US dollar in opening trade at the interbank foreign exchange market Wednesday on fresh foreign capital inflows.
The domestic currency had lost 37 paise to end at a fresh lifetime low of 71.58 against the resurgent dollar Tuesday as persistent trade worries and macro concerns continued to proliferate.
A positive start of local equity market also supported the rupee, dealers said.
However, the dollar’s strength against some currencies overseas as the lingering threat of a major escalation in the trade conflict between the US and China, capped the gains of the domestic unit.
Foreign institutional investors (FIIs) bought shares worth a net of Rs 32.64 crore on Tuesday, provisional data showed.
Meanwhile, the benchmark BSE Sensex recovered 76.85 points, or 0.20 per cent, to 38,234.77 points in early trade