Home All News Rupee Slides Further By 15p To End At Fresh Lifetime Low Of... 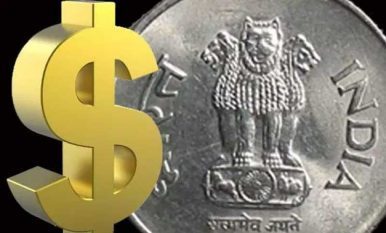 Mumbai, Aug 30 (PTI) The rupee today slid further by 15 paise to close at a fresh lifetime low of 70.74 to the dollar due to month-end demand for the US currency from importers and rising crude oil prices.

In the day trade, the rupee plunged to a record low of 70.90 to the dollar as firming oil prices fanned fears of widening current account deficit.

A stronger dollar in overseas markets and losses in local stocks markets also impacted the rupee sentiment.The dollar index, which shows the dollar strength against a basket of currencies, was trading up 0.11 per cent at 94.56.

Earlier the rupee resumed lower at 70.64 against the previous closing level of 70.59 a dollar at the interbank foreign exchange market here. Later it fell to a record low of 70.90 in volatile trade in morning deals.

The rupee pared some of the losses to trade near 70.69 in afternoon deals but slid in the last hour of trade to close at 70.74, a fall of 15 paise or 0.21 per cent against the US currency.

The domestic unit came under pressure on surging crude oil which held on its highest level in over a month, a dealer said.

The benchmark Brent crude firmed up 31 cents to USD 77.45 per barrel.