Home All News Rupee Slips 36 Paise Against US Dollar 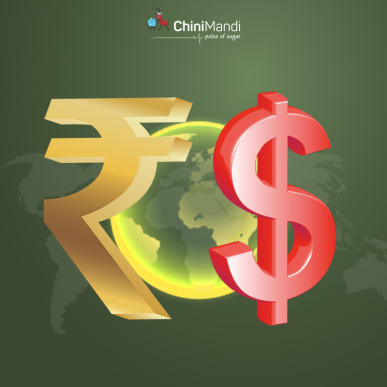 Mumbai, Oct 1 (PTI) The rupee weakened by 36 paise to 72.84 against the US dollar Monday even as the RBI announced plans to purchase government bonds worth Rs 36,000 crore to boost liquidity.

The domestic unit rupee had gained 11 paise to close at a one-week high of 72.48 against the US dollar On Friday.

In recent weeks, the rupee has taken a beating amid volatility in global markets and strengthening of the greenback. The central bank has been taking various measures to shore up the rupee.

The rupee was trading at 72.84 against the dollar in the morning as investors are waiting for the RBI policy decision later this week. It opened at 72.61.

In a release Monday, the RBI said it has decided to purchase government bonds worth Rs 36,000 crore through Open Market Operations (OMO) this month.

This is based on an assessment of the durable liquidity needs going forward and the seasonal growth in currency in circulation observed in build-up to the festive season, it added.

The central bank will be conducting OMO for an “aggregate amount of Rs 360 billion in the month of October,” the release said.

The auctions would be conducted during the second, third and fourth week of October.

“The OMO amount stated above is indicative and RBI retains the flexibility to change it, depending on the evolving liquidity and market conditions,” the central bank said.