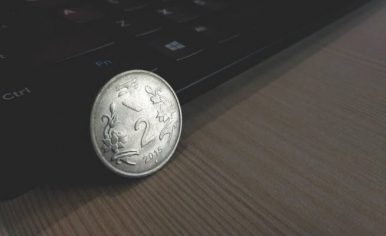 Mumbai, Oct 1 (PTI) The rupee tumbled 26 paise to end at a near two-week low of 72.91 against the US dollar Monday amid a strengthening greenback and steady capital outflows.

Higher US Treasury yields, which rose above the 3 per cent mark, boosted the appeal for the dollar, analysts said.

The dollar rose to near 1-month highs against global currencies.

Meanwhile, the local unit opened at 72.61, marginally higher as compared to its Friday’s close of 72.65.

Meanwhile, the Reserve Bank Monday announced that it will inject Rs 36,000 crore liquidity into the system through purchase of government bonds in October to meet the festival season demand for funds.

The auctions to purchase government bonds as part of the Open Market Operations (OMO) will be conducted in the second, third and fourth week of October.

Equity benchmarks snapped their three-day losing streak Monday as the RBI announced measures to shore up liquidity amid the government pressing for a change of management at the crisis-hit IL&FS.