Home All News Rupee Slumps 30 Paise To Close At Record Low Of 74.06 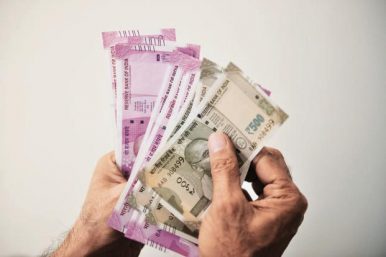 Mumbai, Oct 8 (PTI) The rupee slumped by 30 paise to finish at a fresh lifetime low of 74.06 against the US dollar Monday amid strengthening of the greenback and steady capital outflows.

The rupee had opened lower by 14 paisa against Friday’s close of 73.76 in early trade as the US dollar strength against major global currencies weighed on the rupee sentiment.

At the Interbank Foreign Exchange (Forex) market, the local currency opened lower at 73.89 a dollar against its previous closing of 73.76.

It recovered to a high of 73.76, but failed to sustain the momentum and plunged to 74.10 and finally closed at 74.06, down by 30 paise, marking its fifth straight session of decline.