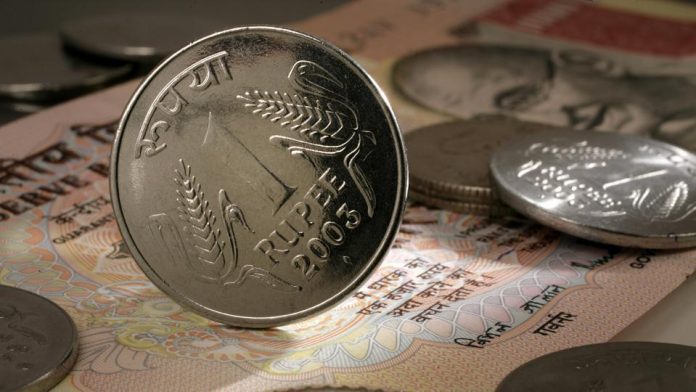 Forex: The rupee staged a smart rebound against the US dollar and ended with modest gains, putting the currency market on track after two straight weeks of losses despite escalating trade war fears and geo-political risks globally.

Showing much resilience, the home currency rose past the key significant 68-mark and ended with a modest 17 paise gain at 67.84.

Forex market sentiment swung back in favour of the domestic currency after the initial wave of volatility after the Reserve Bank of India’s June meeting minutes signalled that the central bank will rely on data for future rate hike decisions.

Fresh capital inflows and a breathtaking rally in domestic equities further revived trading mood in a big way, allowing for the continuation of the current recovery.

Additionally, expectations for a relaxing of the current oil supply quota’s ahead of the crucial OPEC meeting on the output policy also weighed on the trading front.

The recent spike in crude prices adversely impacted the twin deficits of current account and fiscal, witnessing spillover effects on monetary policy along with inflationary front.

The Indian rupee was hit earlier in the week, plunging to fresh one-month low of 68.39 in a knee-jerk reaction to hawkish Fed Rhetoric after the Federal Reserve Chair Jerome Powell reiterated the central bank’s commitment to more interest rate increases.

Revival of fresh global trade war fears and concerns about possibility that the adverse US trade policy will have a substantial impact on the Indian economy.

The rupee oscillated between 67.84 and 68.39 throughout the week. On the energy front, global crude prices surged as much as 5 percent on Friday after OPEC agreed to a modest increase in output to compensate for losses in production at a time of rising global demand.

Brent crude futures, an international benchmark shot up to USD 75.55 per barrel. The rupee opened lower at 68.16 against last Friday’s
close of 68.01 at the inter-bank foreign exchange (forex). It later descended sharply to hit a low of 68.39 during the mid-week selloff before staging sharp recovery.

Globally, US President Donald Trump escalated global trade wars to threaten the core stability of the developed world to end this past week, ramping the offensive up with threats of a massive USD200 billion import tax bill on China following their trading less extreme
tariffs.

The greenback began easing from an 11-month peak against a basket of major currencies as investors took profits. The dollar index, which measures the greenback’s value against a basket of six major currencies ended at 94.19. Elsewhere, the euro made a spirited rebound from its 11-month low against the American currency after the Eurozone creditors agreed on debt restructuring with Greece also bullish eurzone macro news.

The British Pound rebounded from a seven-month lowafter a slightly hawkish tilt from the BoE surprised the market.