Home All News Sensex Crashes Over 1,000 Pts On Global Sell-Off 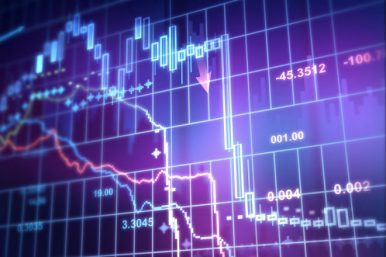 Mumbai, Oct 11 (PTI) Benchmark BSE Sensex Thursday crashed over 1,030 points to slip below the key 34,000-mark in early trade, tracking a global sell-off as the rupee hit yet another record low of 74.45 against the US dollar.

Traders attributed the carnage in domestic bourses to the sell-off in international bourses after US stocks tumbled on heavy correction in tech stocks, fresh concerns over Fed rate hike and looming impact of the US’ trade war with the China.

Rising 10-year US treasury bonds, jumping above 3 per cent last week and the International Monetary Fund (IMF) slashing its global growth forecast and weakness in emerging markets, too spooked investors.

Widespread selling pulled down all sectoral indices led by realty, IT, metal and banking, that fell up to 3.66 per cent.

In the forex market, the rupee slumped by 24 paise to an all-time low of 74.45 against the dollar due to heavy demand for the US currency from importers.

Elsewhere in Asia, Japan’s Nikkei plunged 3.41 per cent, Hong Kong’s Hang Seng lost 3.53 per cent, Singapore exchange was down 2.64 per cent and the Korean bourse fell 2.28 per cent in late morning deals.

The US Dow Jones Industrial Average slumped 3.15 per cent Wednesday, its biggest fall since February.